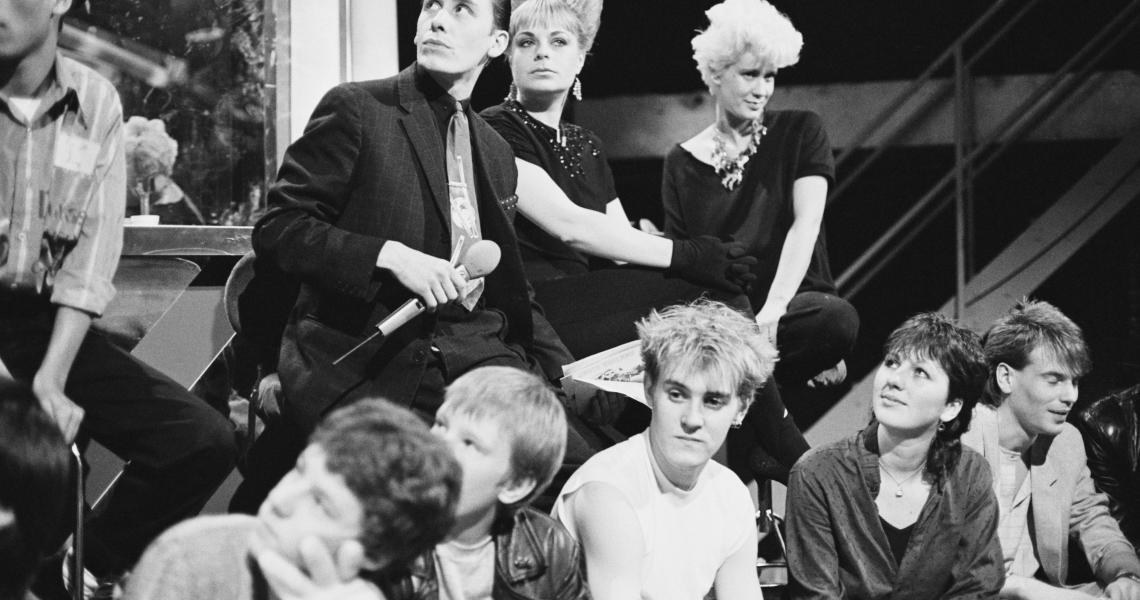 In the '80s, "music television" wasn't solely limited to MTV. If you didn't live in America, you didn't get the network until deeper in the decade - so how did you enjoy pop hits? Since 1964, Top of the Pops had been broadcasting the hits in England...but on Nov. 5, 1982, the U.K. welcomed a new kind of music TV show to the airwaves: The Tube.

Broadcast on England's Channel Four and hosted primarily by ex-Squeeze keyboardist Jools Holland and TV presenter Paula Yates, The Tube was sort of a snotty kid brother to Top of the Pops for the five years it was on. But the smaller budgets and "anything goes" style meant it was possible to showcase a lot of material that might not have gotten a lot of play elsewhere.

Later that year, The Tube was the first to broadcast footage of Irish band U2 during a U.S. concert at Red Rocks Amphitheatre in Colorado. Portions of the set were released as Under a Blood Red Sky, a U.K. No. 2 mini-album for the band that helped established them as global live superstars.

The Tube wasn't just for European acts: it was the first place British audiences ever saw an upstart American icon named Madonna.

In 1987, they were the first to broadcast the Scottish folk duo The Proclaimers, which led to their breakthrough in Europe. (The group later had a Top 5 hit in America with the unforgettable "I'm Gonna Be (500 Miles)."

“The thing I adored about The Tube – apart from the music – was the fact that every other week something happened which almost got us kicked off the air," Holland later reflected in 2008. Ultimately, that's exactly what ended the show: a controversy erupted when Holland dropped an f-bomb during a live advertisement airing during peak children's television hours. But the impact of The Tube - particularly its elevation of Holland as a curator of great music for British television - is hard to deny.

Why not take a break and enjoy some other great performances from The Tube, including appearances from INXS, Culture Club, The Pretenders, Paul Young, Siouxsie and The Banshees, Cyndi Lauper, The Go-Go's, Elvis Costello and many more!