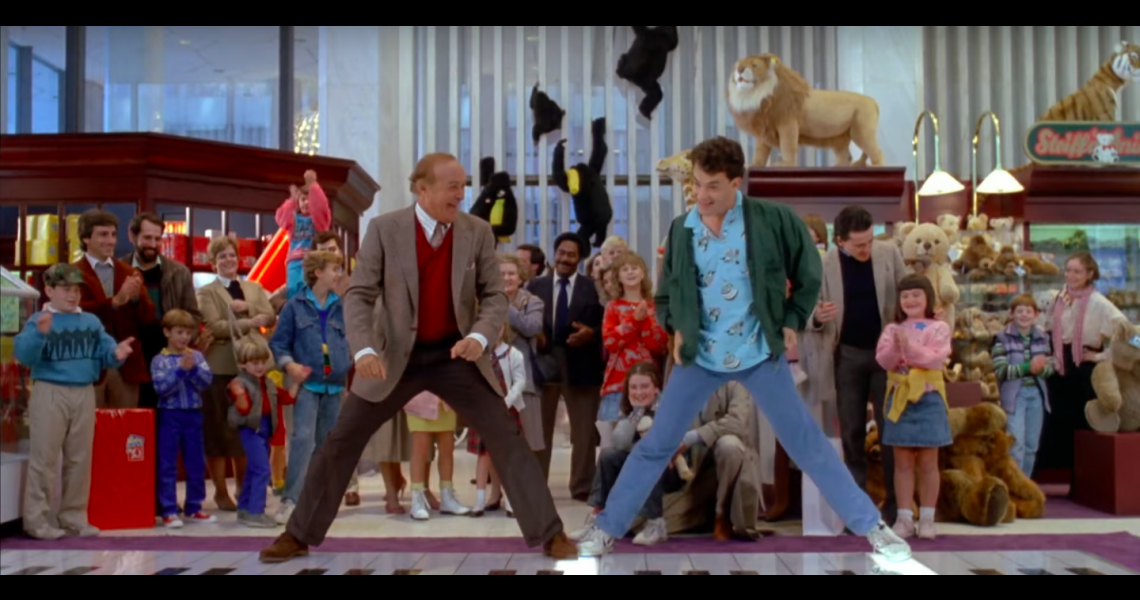 On June 3, 1988, moviegoers delighted in one of Tom Hanks' biggest roles to date, before he became a back-to-back Oscar winner. And yes, we do mean that literally!

Big, directed by Penny Marshall (known for her starring role on Laverne and Shirley) and co-written by screenwriters Gary Ross (Pleasantville) and Anne Spielberg (Steven's younger sister), tells the story of Josh Baskin, a 12-year-old whose wish to become a little bigger comes true thanks to an enchanted fortune teller game; overnight, he grows to adult size and enjoys all the delights that come with it...while also learning to appreciate the joys of being a kid again.

The film's most iconic scene might be when the oversized Josh secures a job as a toy designer after impressing a toy-making executive (Robert Loggia) with his childlike wonder. At the Manhattan toy store FAO Schwartz, the pair try out a foot-powered Walking Piano, impressing a crowd with their renditions of the piano standards "Heart and Soul" and "Chopsticks."

The original piano was created by Remo Saraceni, an actual rocket scientist, for the store in 1982. While it was much more basic - only playing about an octave - Anne Spielberg was inspired during a trip to the store, and Marshall had a larger one built just for the scene.

Hanks (a last-minute replacement for the role after Robert de Niro had to drop out) and Loggia practiced on a cardboard replica for months, but the production team had stunt dancers ready if need be - which didn't sit well with the older co-star. "Robert didn’t want it. He played tennis. He was healthy,” Marshall told The New York Post in 2013. “[The producers kept asking] me, ‘Do you want dancers?’ I said no.”

Ultimately, both actors did it as intended - and a legend was born. Hanks earned his first Oscar nomination for Big, while the film also took a nomination at the Academy Awards for Best Original Screenplay - turning Hanks into one of the world's most bankable and beloved movie stars. And the "Big Piano" as designed by Saraceni still lives on with installations all around the world.