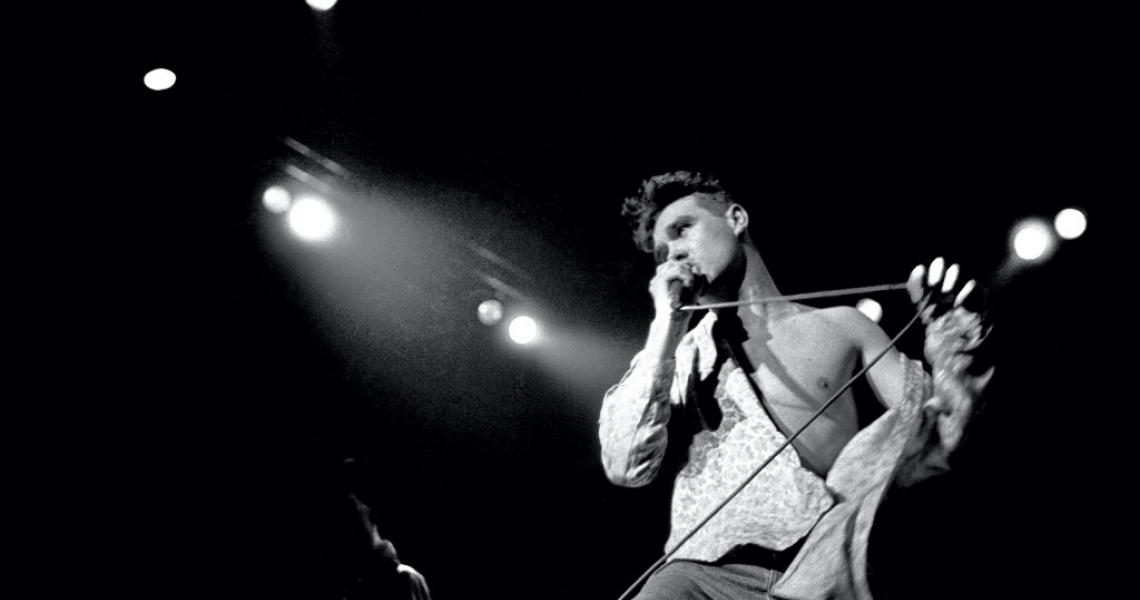 Ask almost anyone and they'll tell you The Queen is Dead might be The Smiths' finest album. The U.K. band's third studio album (fourth, if you count odds-and-ends collection Hatful of Hollow) has been included on best-of lists by Rolling Stone and NME (who named it the best album ever).

The only dissenters? The band themselves. The Smiths' famously estranged nucleus - singer Morrissey and guitarist Johnny Marr - are on record as preferring their final album, 1987's Strangeways, Here We Come. But it's hard to argue the quality of the songs herein, written partly in one of the duo's most intense songwriting sessions and showcasing some of the best performances of Morrissey, Marr and underrated rhythm section Andy Rourke (on bass) and Mike Joyce (on drums). Their no-frills, guitar-forward rock style (combined with Morrissey's distinct, occasionally poison-pen lyrics) influenced a generation of British bands from Blur to Oasis - and hasn't lost any of its charm in the 35 years since.

Here's five of our favorite songs from the band's coronated Queen:

"The Queen is Dead": Never a fan of England's conservative political scene, the album's title track - one of the last to be recorded for the album - was an epic rallying cry against "the very idea of the monarchy and the Queen of England...being reinforced and made to seem more useful than it really is," as Morrissey told NME at the time. The album's longest song at over six and a half minutes, an even longer version appears on a 2017 box set reissue.

"Cemetry Gates": "When we signed with Rough Trade we were being hailed as The Great New Songwriters," Marr told an interviewer in 1997, "and I was on the train coming back thinking, 'Right, if you're so great - first thing in the morning, sit down and write A Great Song.'" He was unimpressed with his efforts, but Morrissey loved it, setting a light story of two friends walking in a graveyard and discussing literature ("Keats and Yeats are on your side / while Wilde is on mine"). "It's all the best elements of The Smiths," longtime engineer Stephen Street would say. "It's delicate, but it's still got power."

"Bigmouth Strikes Again": long a subject of the music press' fascination, Morrissey poked fun at his tendency to say whatever was on his mind, comparing himself to Joan of Arc and even including a rare harmony vocal (a sped-up version of his own voice credited to "Ann Coates," after the Ancoats district of his native Manchester). Marr's muscular riff (inspired by The Rolling Stones' "Jumpin' Jack Flash") and Rourke's propulsive bass are in fine form here.

"The Boy with the Thorn in His Side": the album's first single, released more than six months ahead of the album, could easily be called "The Boy with the Chip on His Shoulder," owing to Morrissey's complex relationship with the music business. "I think we've reached a stage where we feel: if they don't believe me now, will they ever believe me?" the singer asked on an episode of The Tube. "What more can a poor boy do?" Indeed.

"There is a Light That Never Goes Out": to many, this song encapsulates The Smiths in four minutes: a woeful but hopeful set of lovelorn lyrics, married to a delicate Marr melody (featuring synthesized strings, a flute melody and a riff based on another Rolling Stones track - their cover of Marvin Gaye's "Hitch Hike"). The Smiths may be dead, but songs like this are such a heavenly way to...you get the idea.