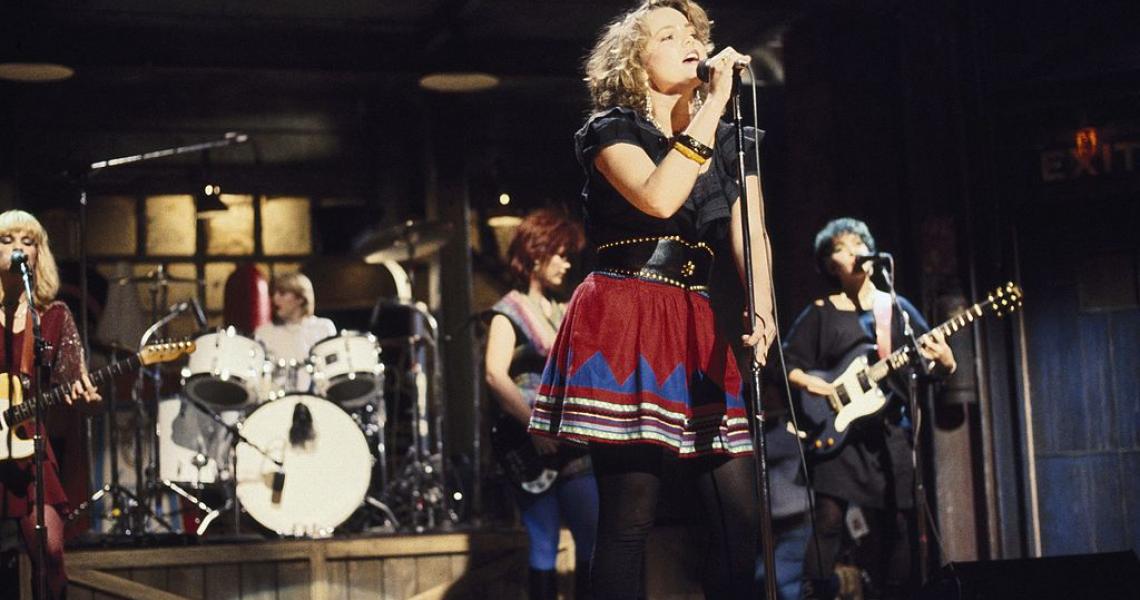 The story of the Go-Go's first single, "Our Lips Are Sealed," begins in Los Angeles on the famed Sunset Strip. British ska band the Specials were in town. The group made a trip to the Whisky on Sunset to catch a hot new local buzz band, the Go-Go's. Terry Hall, singer for the Specials, was immediately taken with Go-Go's guitarist Jane Wiedlin, who told the story to Songfacts:

"They came to see us, and they really liked us and asked us if we would be their opening act on their tour. I met Terry Hall, the singer of The Specials, and ended up having kind of a romance," Wiedlin revealed. "He sent me the lyrics to 'Our Lips Are Sealed' later in the mail, and it was kind of about our relationship, because he had a girlfriend at home and all this other stuff. So it was all very dramatic. I really liked the lyrics, so I finished the lyrics and wrote the music to it, and the rest is history. And then his band, The Fun Boy Three, ended up recording it, too - they did a really great version of it, also. It was like a lot gloomier than the Go-Go's' version."

Released as a single on June 12, 1981, the lead single from the Go-Go's debut album, Beauty and the Beat, proved to be a slow-burning hit, peaking at #20 on the Hot 100 for two weeks in the middle of December 1981. The #1 song in America for both weeks: Olivia Newton-John's "Physical."

The music video for "Our Lips Are Sealed" was funded by leftover money from IRS label-mates the Police's video budget. Featuring the group driving around Los Angeles in a rented Buick, the group shot the clip's famous fountain scene t the Electric Fountain in Beverly Hills at the intersection of Santa Monica and Wilshire Boulevards. The hope was that the police would come, making for great video footage. No police ever showed.