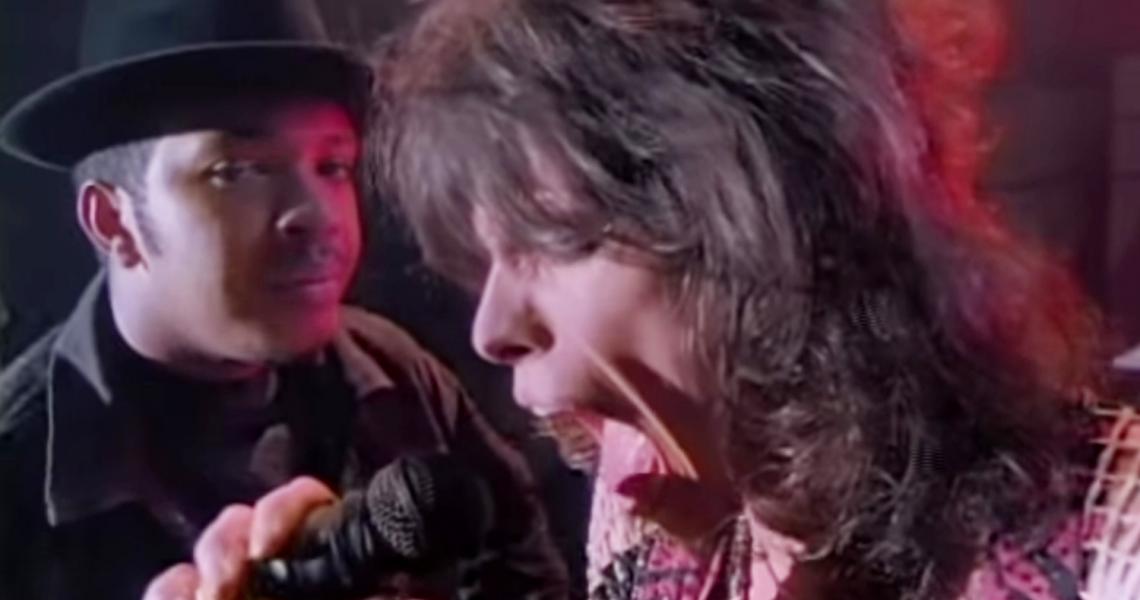 It was the record that brought burnt out rockers Aerosmith back from the dead, and allowed hip-hop trailblazers Run-D.M.C. crash the mainstream.

Released on July 4, 1986, this unlikely union of rap and rock roared up the charts, aided by much radio play across genre formats, and a splashy music video in heavy rotation on MTV, peaked at #4 on the Hot 100 for the week of September 27, 1986. The #1 song in America that week: Huey Lewis and the News' "Stuck on You."

In 1986, Run-D.M.C. was among the hottest acts in America, bringing hip-hop from the streets of America to the world. Aerosmith, on the other hand, was coming off a failed comeback album, 1985's Done with Mirrors, and floundering creatively.

Neither side was particularly thrilled with the idea of collaborating when Run-D.M.C's producer, Rick Rubin, first dreamed up the idea. Ultimately, however, both acts decided they had nothing to lose, and went for it.

The recording session wasn't the most inspired. Run-D.M.C. hadn't bothered to learn the lyrics to the song, and Aerosmith's Steven Tyler and Joe Perry spent much of the time running to the bathroom to do drugs.

As Steven Tyler shared in Walk This Way: The Autobiography of Aerosmith, “Run and D and Jay were huddled in a corner, really intent on something. I go, ‘Joe, what are they doing?’ He says, ‘Probably smoking crack.’ Later we went over to the corner. They’d been eating lunch from McDonald’s.”

The surprise success of the song served as just the spark Aerosmith needed to get back on track. The group's next album, Permanent Vacation (1987) was exactly the comeback record they were looking for. Peaking at #11, it came loaded with hits, including "Rag Doll," and "Dude Looks Like a Lady." They'd follow that record with Pump (1989), which climbed all the way to #5.

For Run-D.M.C., "Walk This Way" was hardly the beginning of the end, but the group's brightest days were behind them. Still, next album Tougher Than Leather (1988) was a major hit, reaching #9 on the charts and spawning the hits "Run's House" and "Mary, Mary." The group's following studio effort, Back from Hell (1990) tried introducing new styles to a fickle public that had moved onto newer rap sensations. The album peaked at #81.