January 1985: Journey Releases "Only the Young" 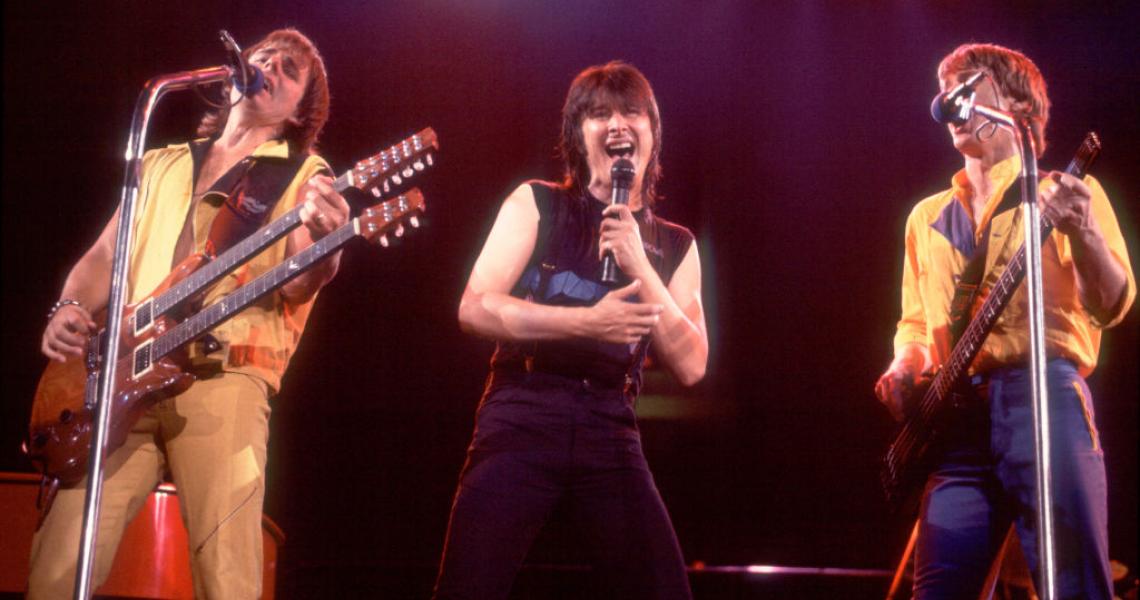 In January 1985, Journey was a band in transition. The group's 1983 album, Frontiers, was another big hit, but singer Steve Perry and guitarist Neal Schon had made solo albums. Perry in particular found success on his own, scoring top 3 hit, "Oh Sherrie."

By the time Journey reconvened for Raised on Radio (1986), bassist Ross Valory and drummer Steve Smith would no longer be in the fold. Session musicians would fill in for both, with a pre-American Idol Randy Jackson stepping in to play bass.

RELATED: Gregg Rolie Talks About Why He Really Left Journey

In the time between the two albums, Journey would serve up a single--"Only the Young"--top open the soundtrack for movie Vision Quest. It's the same soundtrack famous for having Madonna's "Crazy for You" as the lead single.

Journey's "Only the Young" would be officially released as a single on January 8, 1985.

The song would arrive with a somewhat awkward history. Written by Journey's Perry, Schon and Jonathan Caine and originally slated for Frontiers, it would get pulled at the 11th hour. The guys would sell the tune to the band Scandal, famous for the track, "Goodbye to You." Scandal's version of "Only the Young" would appear on the group's 1984 full-length, The Warrior.

Journey's version of "Only the Young" would take on extreme significance for the group thanks to a young fan in Cleveland, 16-year-old Kenny Sykaluk. The Make-A-Wish Foundation was is in its early stages, and they were able to connect Sykaluk--who was battling cystic fibrosis at the time--with his favorite band, Journey.

When the guys showed up, they brought along a host of gifts, including a football helmet signed by the San Francisco 49ers, and a signed Journey platinum album. They also brought a Sony Walkman preloaded with a very exclusive present: the first copy of "Only the Young." He was the first person outside the band to hear the recording.

The band members were deeply affected by meeting the brave young fan, particularly singer Perry: "As soon as I stepped out of that hospital room I lost it. Nurses had to take me to a room by myself."

Journey recounted the meeting during VH1's Behind the Music, with Neal Schon saying that it changed his perspective on band tensions: “The things you were making a big deal out of, maybe, aren’t so big."

"We had no idea how bad he was, but he was dying, keyboardist Cain told One on One 7. "We got to spend the last day of his life with him. He passed the next day, and it stayed with me for a long time.”

Journey would open with "Only the Young" on the band's Frontiers tour, dedicating the song to Kenny Sykaluk at every show. The track would peak at #9 on the Billboard Hot 100 March 23, 1985.