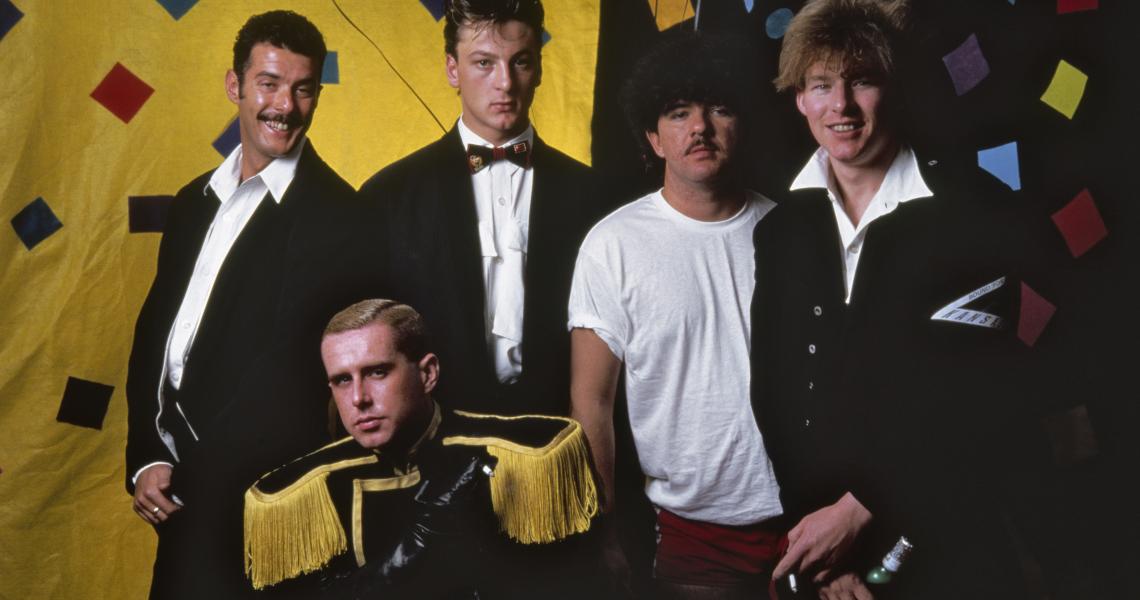 "Relax," the debut single by Frankie Goes to Hollywood, has all the markings of a smash hit. But what really made it take off in their native England was a threat to wipe it off the air entirely.

The Liverpool quartet issued "Relax" in the fall of 1983, and sales for the untested group were slow. By the end of the year, the song hadn't even cracked the Top 40 of England's pop chart. That all changed on Jan. 5, 1984, when the group appeared on Top of the Pops, the country's leading music television program; the following week, the single sailed from No. 36 to No. 6.

That same week, the British Broadcasting Company was starting to express discomfort at the song's racy chorus lyrics (including "Relax, don't do it / when you wanna come") and a salacious picture sleeve. Things reached a fever pitch on Jan. 11 when mid-morning disc jockey Mike Read condemned the song on the air and refused to play it. (In an interview in 2020, Read contended that his decision to not play the song had as much to do with him not having enough time in his shift to run down the entire chart.) 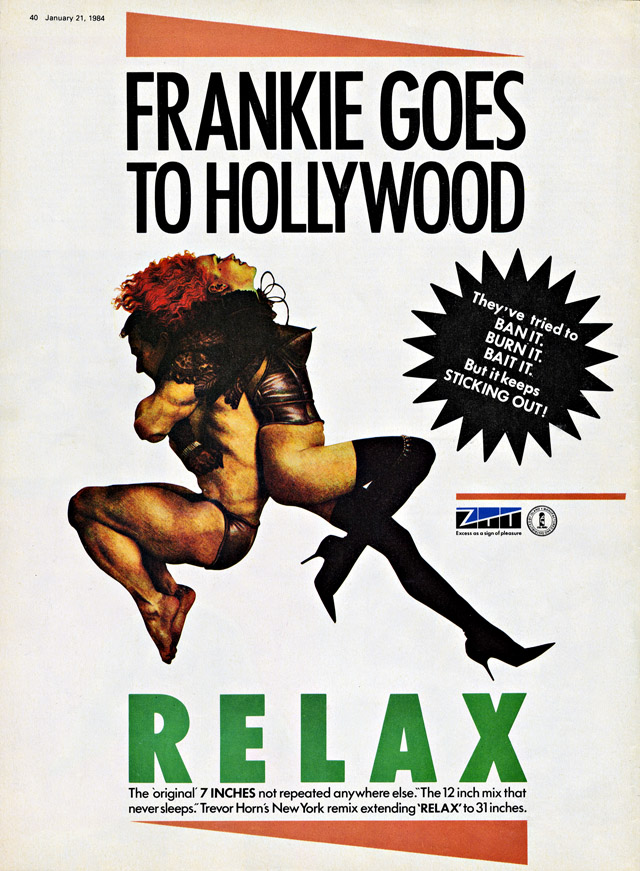 The entire BBC followed suit two days later, banning it from the airwaves. (Several DJs, including tastemakers John Peel and Kid Jensen, ignored the ban, receiving no penalty.) Frankie and their label ZTT, which had courted controversy from the start with brazen print ads for the single reflecting the band's immersion into gay culture in Britain, benefited from the band immensely. Within a week, "Relax" was the second best-selling song in the nation, and when DJs would proceed with the countdown, they'd only state that Frankie were on the charts before moving on to the next song.

Finally, on Jan. 28, 1984, "Relax" began a five-week run at No. 1, edging out Paul McCartney's "Pipes of Peace." Frankie's banner year had begun: "Relax" soared back to No. 2 in July of that year, while follow-up "Two Tribes" occupied the pole position. Just before Christmas, a third single, "The Power of Love," topped the charts, making Frankie Goes to Hollywood only the second group in history to have their first three singles top the charts - the first being fellow Liverpool act Gerry and The Pacemakers in 1963.

Although the Frankie mythos was shattered early in 1985 when ZTT promoted "Welcome to the Pleasuredome" as the band's fifth No. 1 single, only to see it peak at No. 2, the band's ban was a boon for their place in '80s music history.