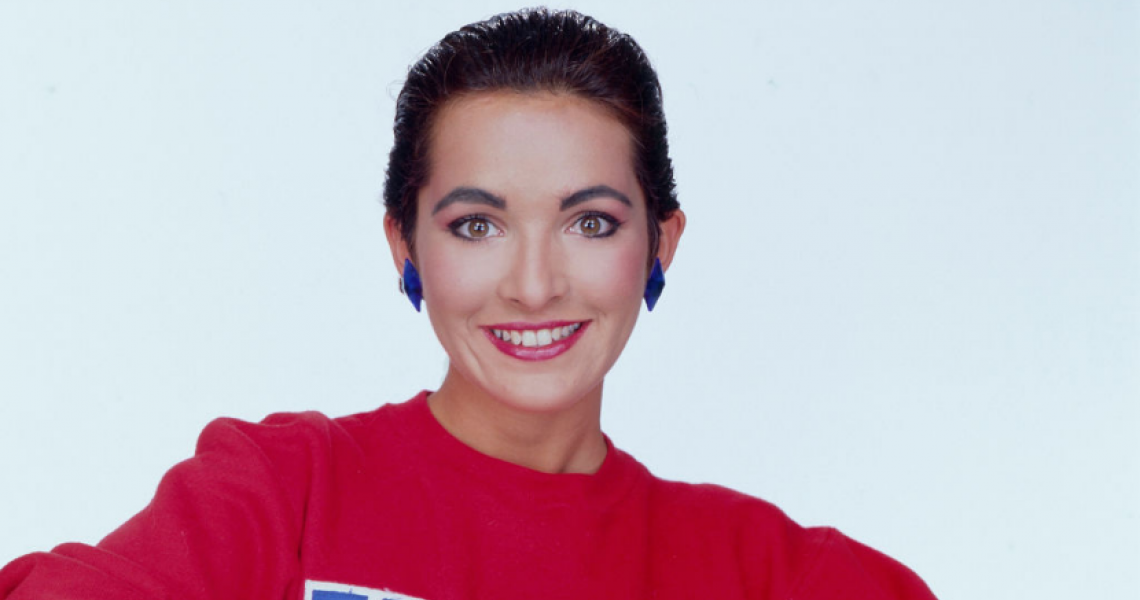 When songwriter, guitarist and singer Jane Wiedlin (born May 20, 1958) split from The Go-Go’s in the fall of 1984, the band lost an indelible presence and the person who had contributed several of the group’s best songs. What listeners gained, however, was a solo artist finally able to focus on her own material and vision, minus the band politics that sometimes prevented the final versions of her work from being all she thought they could be.

Let’s take a listen to the songs that introduced Wiedlin to us as a songwriter and performer, and bask in the sounds that made this unsung talent so special:

The Go-Go’s, “Our Lips Are Sealed”: Written by Wiedlin and one-time boyfriend Terry Hall (of the British ska band The Specials), this is the tune that introduced most listeners to The Go-Go’s, and it remains a summer soundtrack staple for many. Wiedlin even gets to take a vocal turn in the song’s bridge (The “Hush my darling / Don’t you cry” part).

Sparks, “Cool Places”: Wiedlin’s 1983 collaboration with the quirky Sparks is a blippy, dancy delight – very...well, cool. It was also her first foray outside The Go-Go’s, one that portended good things for her as a solo performer.

The Go-Go’s, "Forget That Day”: Wiedlin wanted to sing this personal account of a relationship’s end, but was voted down by the others in the band. So that while you hear Belinda Carlisle sing the words, the true voice here is unmistakably Wiedlin’s.

“Blue Kiss”: Wiedlin’s self-titled 1985 solo album starts with this piece of pop perfection. Yes, there’s a good bit of plastic production – the reverb on the drums hits you immediately – but the sentiments of the song (“How can you choose a one-color world / When you know that I've got a rainbow for you?”) come through.

“Modern Romance”: This paean to fidelity (“What's so neat about fooling around / Taking a heart and playing lost and found?”) is a gorgeous mid-tempo ballad with a chorus that lifts the song, while never getting too far overhead.

"Rush Hour": Wiedlin earned her own Top 10 hit with this cut from her 1988 album Fur. It is pure pop perfection, imitating the first flush of love by playing up the pep of the melody, with Wiedlin’s voice floating over it all, as if on a breeze.

"Inside a Dream": Fur kicks off with a beautiful, poppy ode to escaping the everyday, of “opening up a secret door” and stepping into a fantastical version of the world in which we live. It’s a bit of gratification we all can use, and it makes for a great album opener.