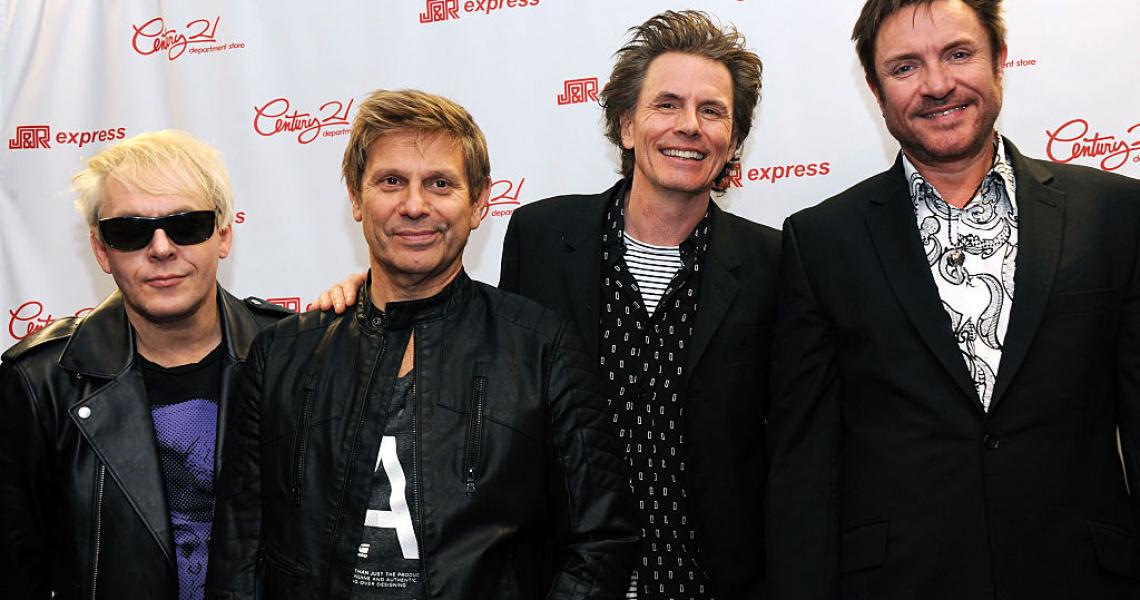 In 1981, a little band from Birmingham with an unusual, repeated name released their first single, a dance-floor classic called "Planet Earth." That was the first time anyone heard of Duran Duran, but it wouldn't be the last: as one of the biggest bands of the early '80s, they're still going strong today.

And just what have Simon Le Bon, Nick Rhodes, John Taylor and Roger Taylor got planned for Duran's 40th year together? Let's take a look:

A new video! Duran Duran's cover of David Bowie's "Five Years" was a highlight of A Bowie Celebration: Just for One Day, a musical livestream from earlier this month that paid tribute to the late legend. Now, that performance - featuring Bowie's longtime pianist Mike Garson - is available on YouTube.

Talking to fans! Longtime keyboardist Rhodes was on hand to share the "Five Years" video by chatting with Duranies around the world. Check out what he had to say on Instagram Live!

A Pandora playlist! The "Duran 40" playlist takes fans on a deep dive through the group's biggest hits and fan favorites throughout the years. Along the way, you'll hear recollections from the guys as well as their friends and collaborators, like producers Nile Rodgers (who remixed their worldwide hit "The Reflex" and helmed their unforgettable Notorious) and Mark Ronson (who collaborated with the band on their most recent albums, 2011's All You Need is Now and 2015's Paper Gods).

SiriusXM specials! As if that wasn't cool enough, frontman Simon Le Bon is bringing his podcast to satellite radio! Every Wednesday at 9 p.m. ET, he'll host Whooosh! on SiriusXM's Volume station (Ch. 106), offering his unforgettable musings as well as his favorite tracks picked just for you.

A new album and concerts...coming soon! Lockdown hasn't stopped Duran Duran from putting the finishing touches on their 15th studio album, said to feature collaborations with Ronson, Blur guitarist Graham Coxon and legendary disco producer Giorgio Moroder. While no release date is set yet, they've tentatively got a few big concerts on the calendar, including festival dates in England, Ireland, Spain and Portugal between June and October 2021. Here's to a more ordinary world with some great new Duran Duran memories!