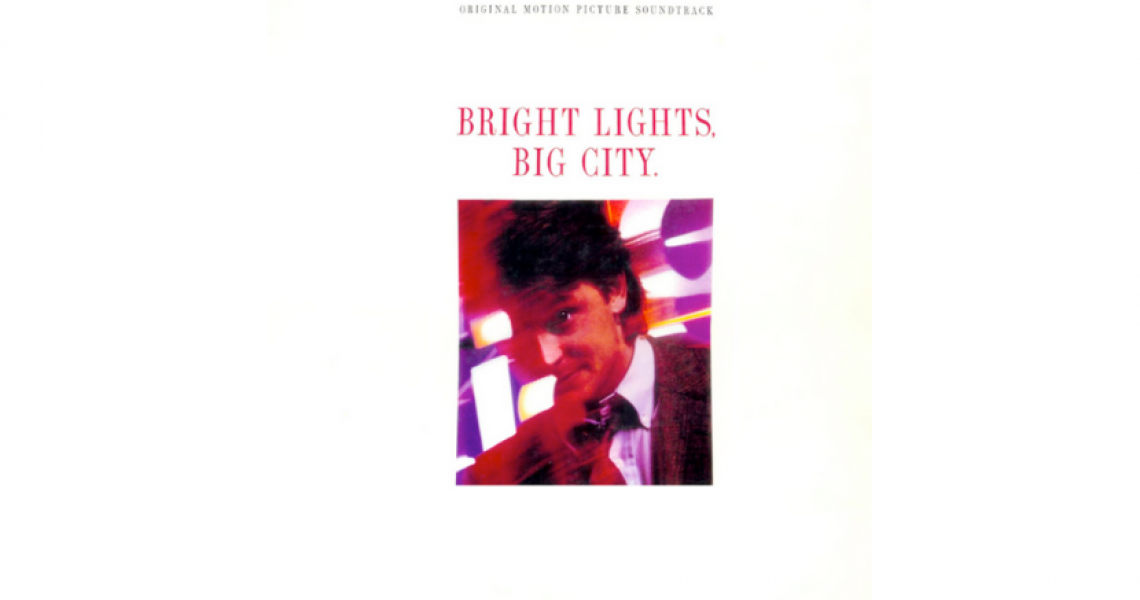 You're not the kind of person who would be on a site like this at this time of the morning. You might not remember much about Bright Lights, Big City, the Jay McInerney novel that helped define the dark side of '80s culture and turned heads for being written in the second person, just like the article you're reading now.

Then you think about it and remember, "Wait, wasn't that book made into a movie? Michael J. Fox was in it, wasn't he?" What else do you remember about it? You check YouTube, watch the trailer - OK, he was in it. So are Pheobe Cates and the guy from 24. But what else was it about this movie?

You might've forgotten that this film has a killer soundtrack. Underrated, even. You're intrigued. So you check out these five songs from the album.

You might not expect Prince, at this stage in his career, to appear on a soundtrack. Batman is still a year away. Purple Rain is in the rearview mirror. But this is a killer cut. You think, "Man, Prince never forgot how to turn out a classic." It's from the Sign O' the Times era, an album you thought was incredible. It was going to be on that album when it was a triple-disc set called Crystal Ball. Years later, Prince unearthed it for an outtakes collection. It was a triple-disc set called Crystal Ball. You laugh at the coincidence.

Your mind flashes back to a dimly-lit club. Guys with feathered hair and skinny ties. Girls in angular dresses with unreadable expressions. Through the haze of your memory, an insistent beat pulses. Dramatic synth layers, an insistent bass rumbles beneath it. Then that chorus kicks in. You feel so extraordinary. Something's got a hold on you.

You're into this one. An upbeat club tune from Depeche Mode - a B-side, you later discover. The '80s had such good club music. You're less sure about the fashions. Some were OK. Depeche Mode got into the Rock and Roll Hall of Fame last year. That was pretty cool.

By now, you've realized you're on to something different. This is slicker than your average. Steely Dan had been broken up for a while, and Donald Fagen wrote this just for Bright Lights, Big City, along with the film's score. It's quite moody - the perfect soundtrack for roaming around the city in the darkest hours of the night. You might be wondering why this soundtrack wasn't as popular as, say, Dirty Dancing. It certainly seems cooler.

By now, you've reached the end of the record. Another British dance track. But this one's a little different from the others. Lots of samples. Something you recognize as "house." You've been in your house for a while. When it's safe to come back out, you're going to go to a club. Maybe you'll put on a skinny tie, even. Or a record store. You need this album in your collection. You're not sure about the movie, yet.