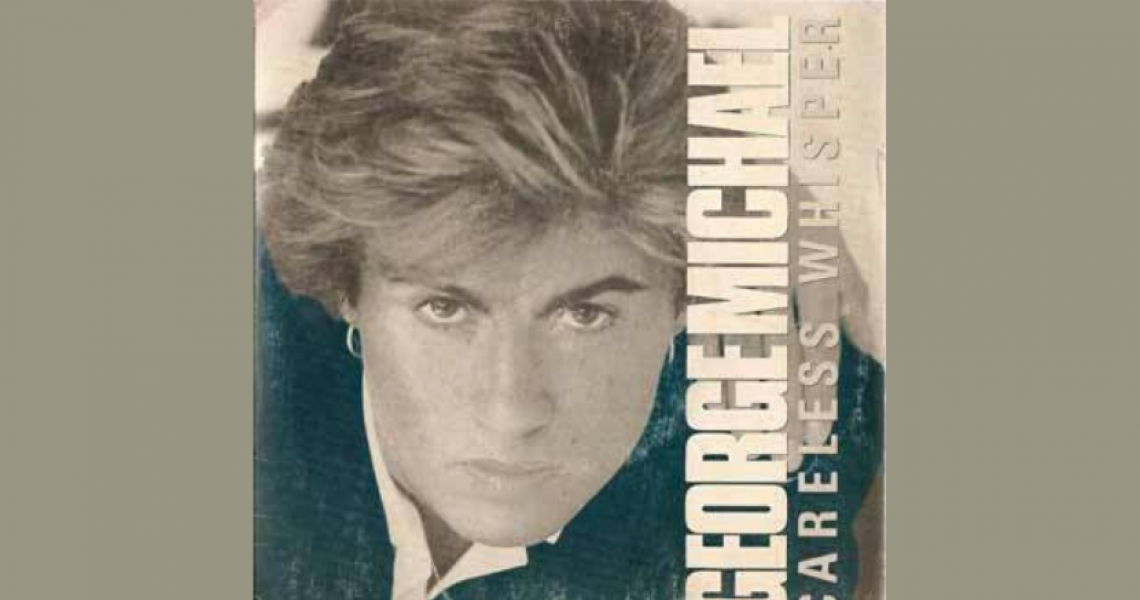 George Michael set his solo career ablaze with his breakaway single "Careless Whisper," a torchy, saxophone-fueled love ballad that would establish him as an icon to watch.

Co-written with his Wham! bandmate Andrew Ridgeley at the age of 17, Michael recalled the on-the-go inspiration for the one of the most famous sax solos to date in his autobiography Bare.

"I was on my way to DJ at the Bel Air when I wrote 'Careless Whisper'. I have always written on buses, trains and in cars. It always happens on journeys."

Michael recruited saxophonist after saxophonist to completely fulfill the song's climactic sax solo, and on his 11th attempt, he struck gold with saxophonist Steve Gregory who breathed color and life into Michael's vision for the irresistible sax riff.

Released in August 1984, the single reached No. 1 in 25 countries, including the UK and the US, with under the credit "Wham! featuring George Michael" in the states. It sold over six million copies around the world, becoming the fifth best-selling single of 1984. Billboard named the hit as the No. 1 song of 1985.

For a risqué song about a two-timing heartbreaker enjoying his last dance with a girl realizing their relationship has been forsaken, Michael undoubtedly played his cards right with a song that catapulted him from a boyband member to an 80's icon overnight.

Despite the blowout success of the single, Michael later described his disillusionment with the song's meteoric rise. "I'm still a bit puzzled why it's made such an impression on people," Michael confessed during a 2009 interview. "Is it because so many people have cheated on their partners? Is that why they connect with it? I have no idea, but it's ironic that this song — which has come to define me in some way — should have been written right at the beginning of my career when I was still so young. I was only 17 and didn't really know much about anything – and certainly nothing much about relationships."