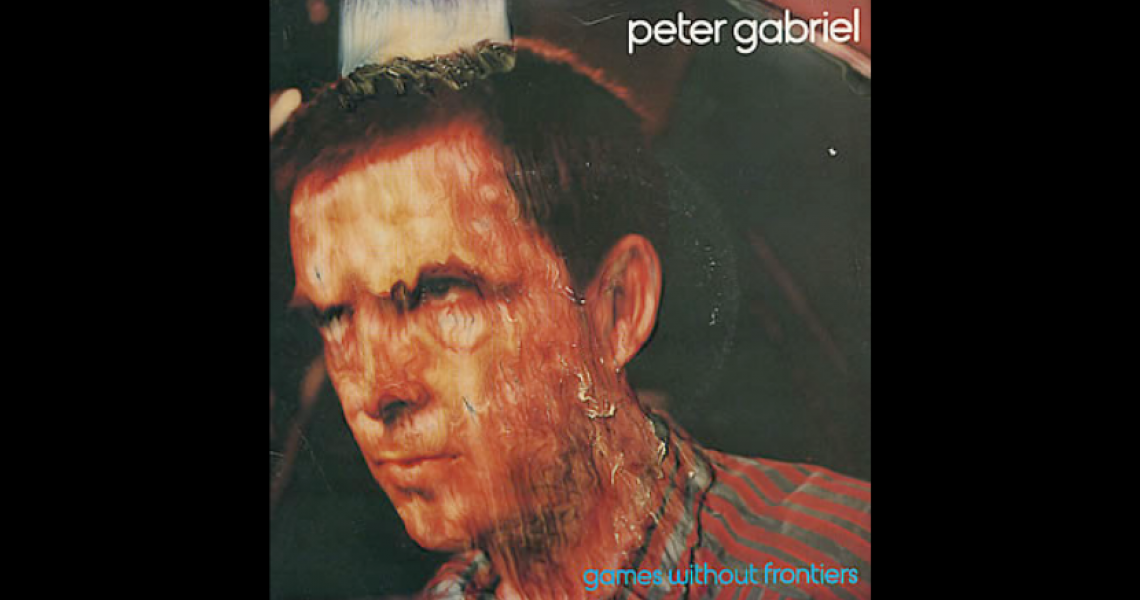 On Feb. 4, 1980, Peter Gabriel released a single which found him offering a commentary on diplomatic relations during the Cold War while well-utilizing a backing vocal performance from Kate Bush, and what he received for his trouble was his first Top 10 hit in the U.K.

Produced by Steve Lillywhite and penned by Gabriel himself, “Games without Frontiers” was the first single from his 1980 self-titled solo album, and what’s funny about its U.K. success is that the album in question was - like the two albums which preceded it - supposed to be released on Atlantic Records in the U.S....except that they rejected it. No, actually, it’s worse than that: they literally told him that to release the album would be commit an act of “commercial suicide,” and they dropped him from the label.

As such, when “Games Without Frontiers” suddenly started to take off in the U.K., two very predictable things occurred: Atlantic Records changed their mind and tried to buy back the album. Gabriel told them...well, we don’t know exactly what he told them (though we have our suspicions), but we do know that Mercury Records released the album, which gives you a clue that whatever he said wasn’t exactly dripping with positivity.

By the way, if you’ve ever wondered who’s doing the whistling on the record, we can satisfy your curiosity: it’s Gabriel, along with the aforementioned Mr. Lillywhile and his erstwhile pal from the world of production, Hugh Padgham.

In the end, “Games without Frontiers” made its way up to No. 4 on the U.K. singles chart, and while it didn’t match that level of success Stateside, it did become a hit for Gabriel, hitting No. 48 and - perhaps more importantly - it got a load of airplay on MTV during the network’s early days, thereby serving to up Gabriel’s profile in America.