Eurythmics Got Strange on 'Savage' 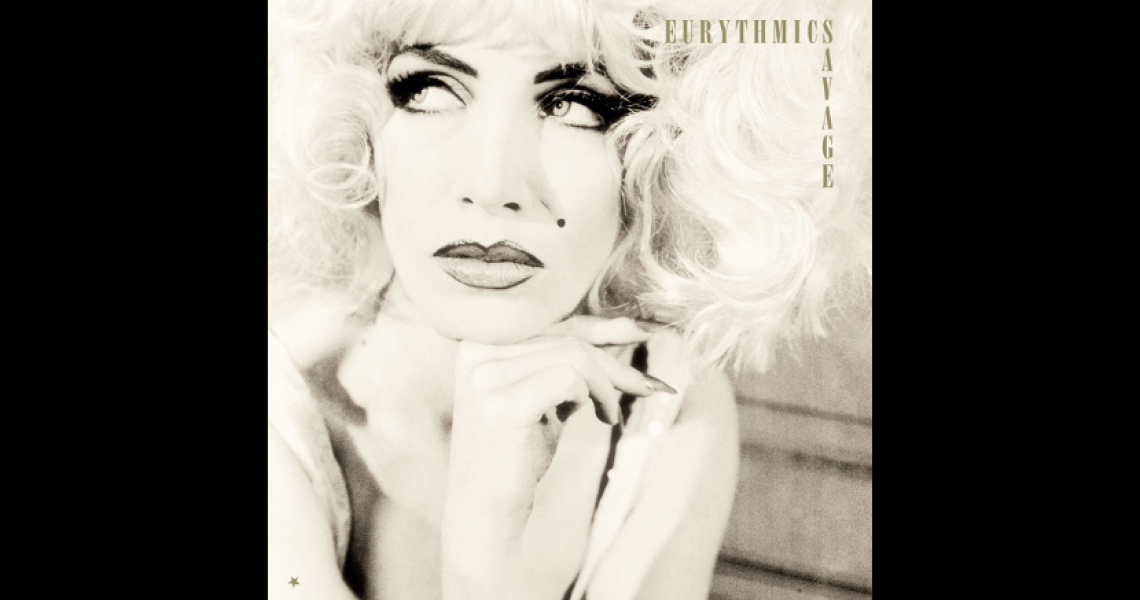 When Annie Lennox and Dave Stewart first teamed up on their own (as opposed to when they were both members of The Tourists) and started calling themselves Eurythmics, their sound was decidedly experimental in nature. (Don't believe us? Go back and listen to their debut album, 1981’s In the Garden.) Their second album, the now-iconic Sweet Dreams (Are Made of This), would reverse course, starting them on a path to commercial success for most of the rest of the decade.

And then came Savage.

Which is not to say that Lennox and Stewart had suddenly misplaced the equation, of course, but simply that they’d reached a point in their careers where they could afford to once again steer things in a slightly more experimental direction...and when the A.V. Club cornered Stewart on the matter, he ‘fessed up.

“Yeah, [Savage] was very contrary, which is how both Annie and I have been, I think, for a while, both individually and together,” said Stewart. “If everyone goes right, that’s it for us, time to go left. Eurythmics are a full-on band now and the record company’s saying, ‘We’re interested in you doing that,’ we go, ‘Oh, no, now we’re making a totally introspective electronic album and going back to our electronic experiments.’”

Stewart also freely admitted that they also made a point of choosing the weirdest song for the first single and selected someone to make the most un-commercial video for it that they could.

“We created a thing where I would talk with the label but Annie would very rarely ever meet with them, and at the very beginning, I would dictate, ‘This is the way it is,’” said Stewart. “Like, ‘This is the artwork, this is the marketing plan, this is the look…’ I’d be sort of in control of everything, including singles and videos, and they just kind of got used to that. So by this time, they didn’t really have any say in it. So it was like, ‘This is the single, it’s called ‘Beethoven (I Love to Listen To),’ it’s really weird, and we’re gonna do the video in a really weird way. In fact, we’re gonna do a whole video album.’ And they were, like, ‘What’s a video album?’ They didn’t really understand.”

Mind you, the concept of a video album is one that’s not really found a tremendous amount of popularity over the years, so perhaps you aren’t familiar with what one is, either. It’s a pretty simple premise: it’s basically just a situation where an artist makes a video for every single song on their album...and in this case, the videos for Savage were all directed by the same woman: Sophie Muller.

At the time Muller entered this significant collaboration with Lennox and Stewart, she hadn’t even yet directed a video, although she had worked with the duo as the editor of the video for “The Walk,” which was directed by Marek Budzynski and wasn’t released until Budzynski himself released it online in the early 2000s.

As Budzynski wrote on the YouTube page for the video, “I directed this when I was at film school back in the 80's. We lost the original film and the only surviving copy is one that I have on U-matic but it's falling to bits now. Interesting note is that my class mate Sophie Muller edited it. And now the final pieces of the puzzle are complete. Dominic Clements was DOP and Julian Cole was Producer. So the 4 of us worked together and the result was this. The original tape I had was destroyed in a warehouse fire about two years ago. The only place you'll be able to find this video is on YouTube.”

And to think that it all started with the Eurythmics...