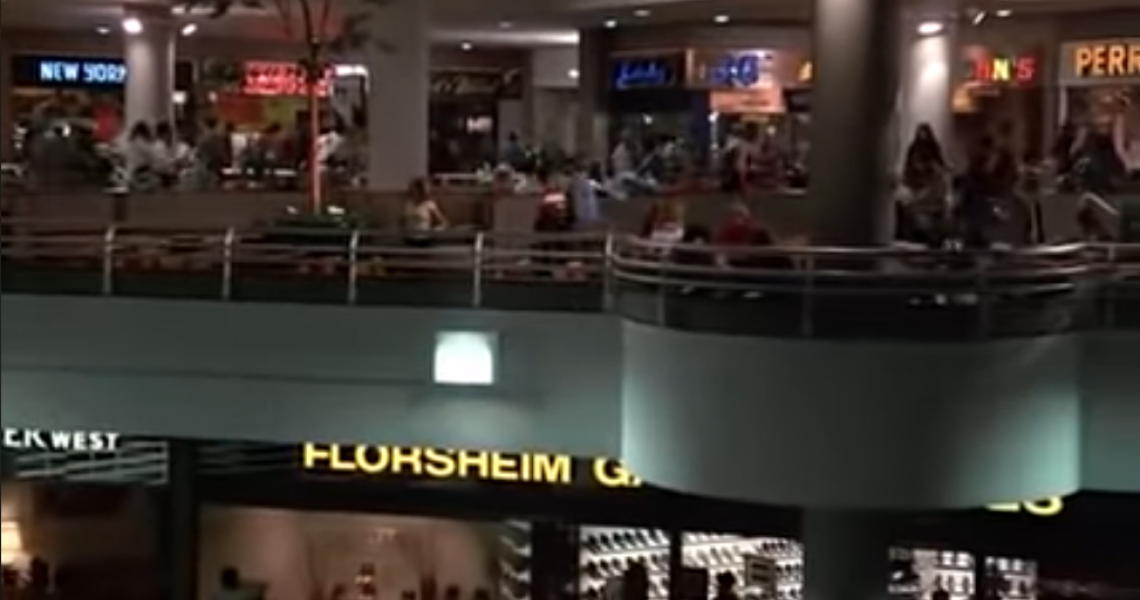 Persons of all social strata met and mingled at shopping malls, in and between the stores where consumerism flourished, which made for great people watching, and also excellent settings where people’s stories could be played out, or told. Some fun and intriguing films were set – in full or in part – at malls, providing us with familiar environs then, and nostalgic reminders today.

Tackling the bygone era of conspicuous consumption on this week's Totally 80's podcast episode, host Lyndsey Parker (Yahoo Music Entertainment Editor) with guests Moon Zappa and Margaret Cho called out films like cult horror classic Chopping Mall as well as Smooth Talk (see below) as fabulous celluloid reminders of the prominence of the mall in the 80's.

Here are some other films from the 1980's that we also think did it well:

Fast Times at Ridgemont High: The undisputed king of mall movies, this 1982 coming-of-age classic features the romance, hijinks, and day-in-the-life struggles of high-school kids trying to make it through the social and academic gauntlets we all encounter en route to graduation. With loving direction from Amy Heckerling and a great screenplay from Cameron Crowe, we meet and root for Jennifer Jason Leigh’s Stacy, Judge Reinhold’s Brad, Brian Backer’s Rat, and Phoebe Cates’ Linda. And, of course, there’s Sean Penn as Jeff Spicoli, the prototypical stoner surfer dude and waster of teachers’ time. The film has a killer soundtrack to boot, featuring Jackson Browne, the Go-Go’s, Sammy Hagar, and nearly all the Eagles (albeit on solo tracks).

Night of the Comet: The mall is both a place of refuge and a battlefield in this strange but compelling 1984 zombie/sci-fi flick. A comet’s fly-by results in a near-extinction event, but Catherine Mary Stewart and Kelli Maroney’s characters are spared the two horrifying outcomes (being turned to red dust or zombies) that befall most of the planet. Cue the undead kidnapping scenes, neon light fixtures, and synth-heavy score. It’s a very ‘80s flick.

Smooth Talk: This 1985 thriller stars Laura Dern as a 15-year-old on the cusp of her sexual awakening, when she encounters Treat Williams’ creepy character, who may or may not be a murderer. Based loosely on a disturbing but brilliant Joyce Carol Oates short story, Smooth Talk contains many key scenes at the local mall, where Dern and her friends can play grown-up without actually being grown-ups, until things get a little out of hand.

BONUS: Greatest Mall Scene Ever? No discussion of shopping malls in film is complete without mentioning this iconic chase scene from 1980’s The Blues Brothers: