Duran Duran's Comeback Was Out of the "Ordinary" 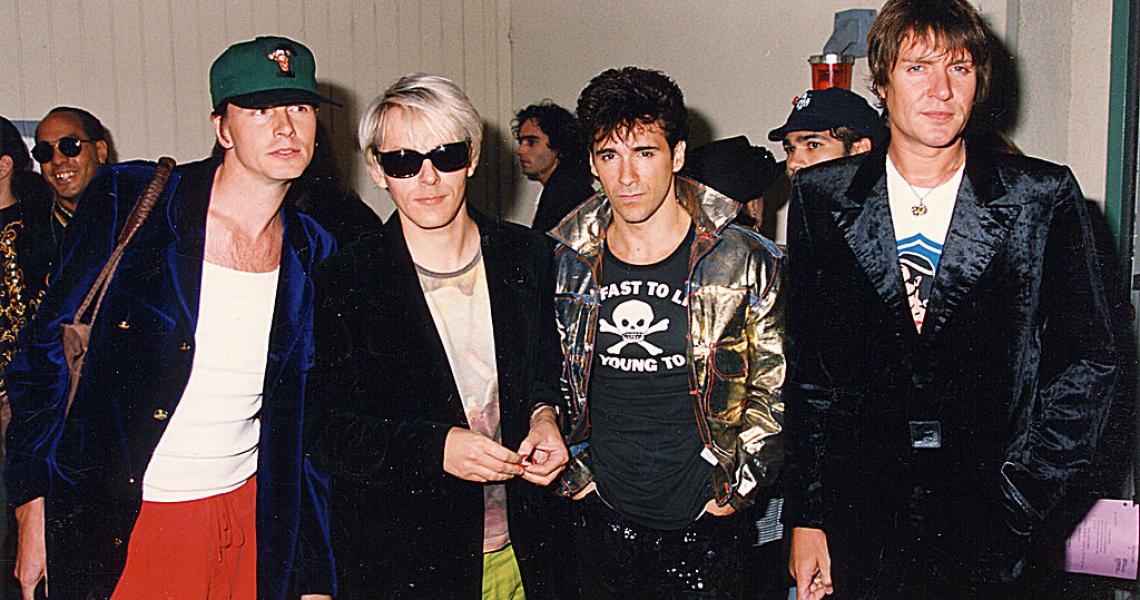 When you helped define the sound of the '80s like Duran Duran did, it might have been hard, all those years ago, to figure out where they'd fit into a new decade. Of course, you'd be wrong to count them out entirely - as evidenced by a seemingly out-of-nowhere hit they released in 1993 called "Ordinary World."

Credited jointly to original Duran members Simon Le Bon, John Taylor, Nick Rhodes, and guitarist Warren Cuccurullo - a touring guitarist since Andy Taylor's departure and a full-time member since 1990 - “Ordinary World” preceded the arrival of their self-titled 1993 album (known colloquially as The Wedding Album for its cover art) by a few months. But its release was actually pushed forward because of the reception it received when it was leaked to a radio station in Jacksonville, Florida in December 1992.

You see, at the time, Duran Duran was coming off of their less-than-successful 1990 album Liberty, an LP which had provided them with their lowest chart placing on the Billboard 200 of their career up to that point, so Capitol was testing the waters to see if there was indeed a market for the single. Needless to say, there was.

In the 2018 documentary Duran Duran: There’s Something You Should Know, Le Bon described the impetus of the song as his effort to try and get over the death of a best friend. “Putting it into words freed me, absolutely. It really worked for me emotionally and mentally. Everyone who heard it could apply it to something in their life, but for a different reason.”

“Just when everybody was writing us off as just being an ’80s band, it was, like, ‘Wow, we had a bona fide worldwide smash hit song!’” John Taylor told the A.V. Club in 2012. “And, let me tell you, it was just such a relief! It wasn’t what you’d call typical Duran material, but it did speak to our audience. I think that all the people who were 18 when ‘Planet Earth’ came out, they were coming up on 30 when ‘Ordinary World’ came out, and they were feeling that kind of introspection. By that point they had children, their marriages may have been a bit challenging, and they were sort of looking at that mid-life phase. So the song, it really did speak to the audience. It was a very, very important song for us, that one. I don’t think we’ve played a concert since we wrote that song that we haven’t played it.”

"Ordinary World" reached No. 3 on the Billboard Hot 100, and would be followed by another Top 10, "Come Undone," that same year. Taken together, those tracks established the band as a unit that could be timely and timeless - a pattern that continues to this day with the release of their latest album Future Past, more than 40 years after their debut.