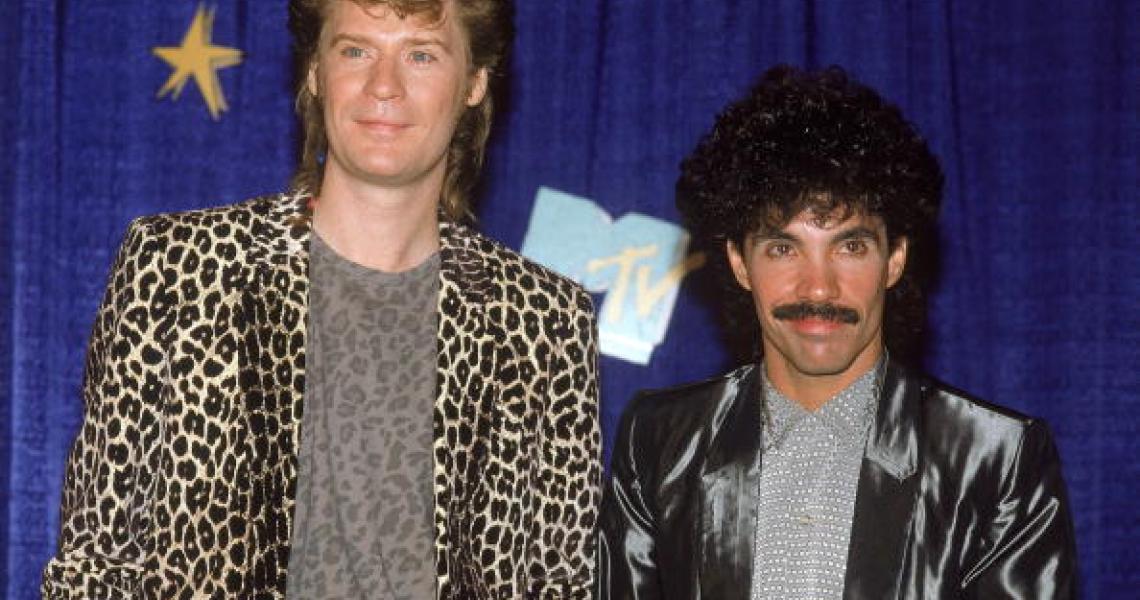 Hall and Oates were definitely on a roll in 1984. The duo's most recent release, Rock 'n Soul Part 1, had been a well-received greatest hits collection that followed the double platinum 1982 album, H2O. That record had spawned a trio of Top 10 hits ("Maneater," "One on One" and "Family Man"), selling more than two million copies.

Having infiltrated the world of MTV, Hall and Oates doubled-down on the Totally '80s aesthetic with the 1984 album, Big Bam Boom. Released in October of that year, the group partnered with the exploding cable music network for the Big Bam Boom Tour -- Live Through '85.

The album was kicked off with lead single, "Out of Touch." The track is the embodiment of the mid-'80s, fusing state of the art technology and studio wizardry with Hall and Oates' stellar songwriting and soulful vocal delivery. Bombastic drums and banks of synthesizers drive the song's strong melody, The tune would steadily climb the charts before hitting #1 on December 8, 1984, for two straight weeks.

"Out of Touch" marks the end of an era for Hall and Oates, as it's the last of the pair's singles to reach the top spot on the Billboard singles chart. They'd come close with the follow-up, "Method of Modern Love," which peaked at #5 on February 16, 1985. The album's third single, "Some Things are Better Left Unsaid," would stall out at #18.