Chicago is for Lovers 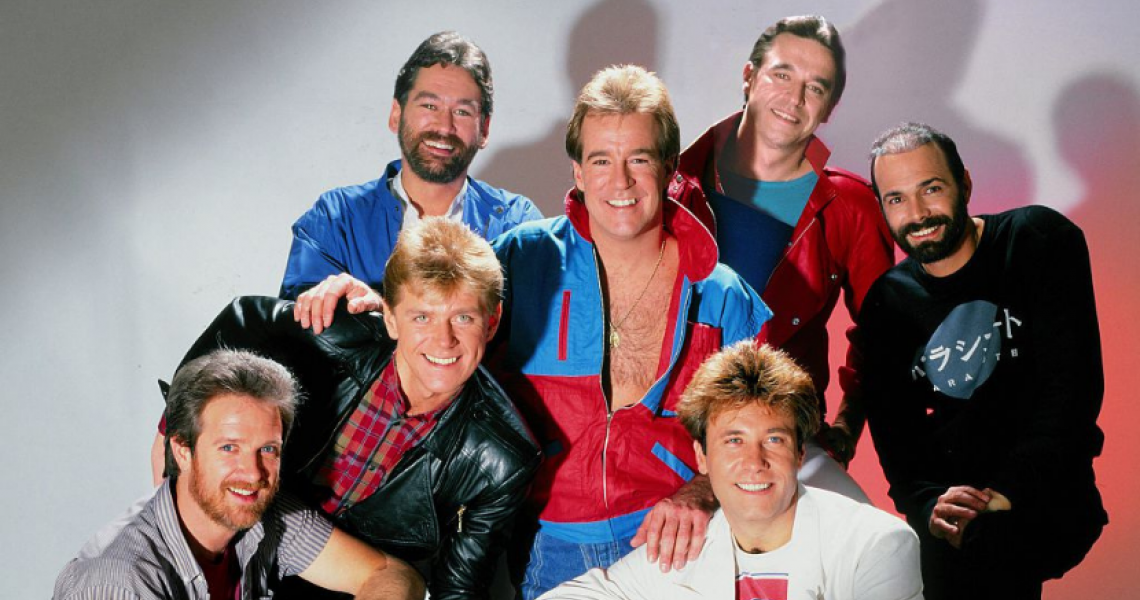 What places come to mind when you think of romance? Paris? Italy? Virginia? How about Chicago?

OK, if not the Windy City itself, it's worth thinking about the romantic side of Chicago as they made an incredible comeback of sorts in the '80s. Already proven hitmakers for their horn-infused jazz-rock in the '60s and '70s, the band entered a new decade on a bit of a cool streak, commercially and artistically (no doubt shaken by the 1978 death of guitarist Terry Kath). Things started to turn around in 1982 with the release of Chicago 16, boasting a new producer (David Foster) and a powerful additional vocalist (Bill Champlin).

By the end of the decade, despite some big line-up changes, Chicago were back on top as romantic kings thanks to a host of Top 10 hit ballads. Why not light some candles, pour some wine and give these heartfelt classics another listen?

"Hard to Say I'm Sorry" (1982): Chicago's new sound in the '80s - bringing the horn section toward the background in favor of lush synths, strings and the occasional power guitar chords - was actually perfected without much of the group. Foster recruited three members of Toto (guitarist Steve Lukather and keyboardists Steve Porcaro and David Paich) to play on "Hard to Say I'm Sorry," with lead singer/bassist Peter Cetera and drummer Danny Seraphine being the only band members on the final track. Still, the tune sent Chicago rocketing back up into the pop charts for the first time in years, becoming their first No. 1 hit since 1976. (For jazz-rock purists, the album version of the song segues into a horn-heavy track called "Get Away.")

"Hard Habit to Break" (1984): You'd be wrong in assuming Chicago's trademark sound was fully abandoned in the '80s. Despite the power ballad trappings of "Hard Habit to Break," the lead single off 1984's Chicago 17, it's a classic offering from the group thanks to the rich vocal harmonies (and intertwined lead vocals by Cetera and Champlin) and a victorious horn breakdown in the bridge.

"You're the Inspiration" (1984): A quintessential slow dance/wedding song from Chicago 17, "Inspiration" was written with Kenny Rogers in mind, but became one of the defining hits of Chicago's '80s, matching "Hard Habit" at No. 3 on the Billboard Hot 100. It would also mark the end of an era: Cetera would depart the band for a solo career a year or so later.

"I Don't Wanna Live Without Your Love" (1988): They definitely weren't your father's Chicago by this point - some face-melting guitar work notwithstanding - but this Bill Champlin-sung power ballad (their first in several years not to be produced by David Foster) got the job done for radio listeners, hitting - you guessed it - No. 3 on the Hot 100.

"Look Away" (1988): Valentine's Day isn't for everyone, and even Chicago knew how to put together a heartbreak song with the best of them. "Look Away," sung from the perspective of a man trying his best to move on from a relationship, was another winner off Chicago 19; it became the band's first chart-topping single in a decade, and eventually, the No. 1 song of all of 1989. (Fun fact: songwriter Diane Warren offered the song to rock band Cheap Trick, who instead opted for another unlikely chart-topping ballad: "The Flame.")

"What Kind of Man Would I Be?" (1989): Chicago closed the '80s with one more big hit: a remix of a Chicago 19 track that Jason Scheff co-wrote with blue-eyed soul hitmaker Bobby Caldwell (who ironically wrote "The Next Time I Fall," a huge solo hit for former frontman Cetera). Remixed and released to promote a decade-ending greatest hits record, "What Kind of Man" became the group's 21st and final Top 10 hit