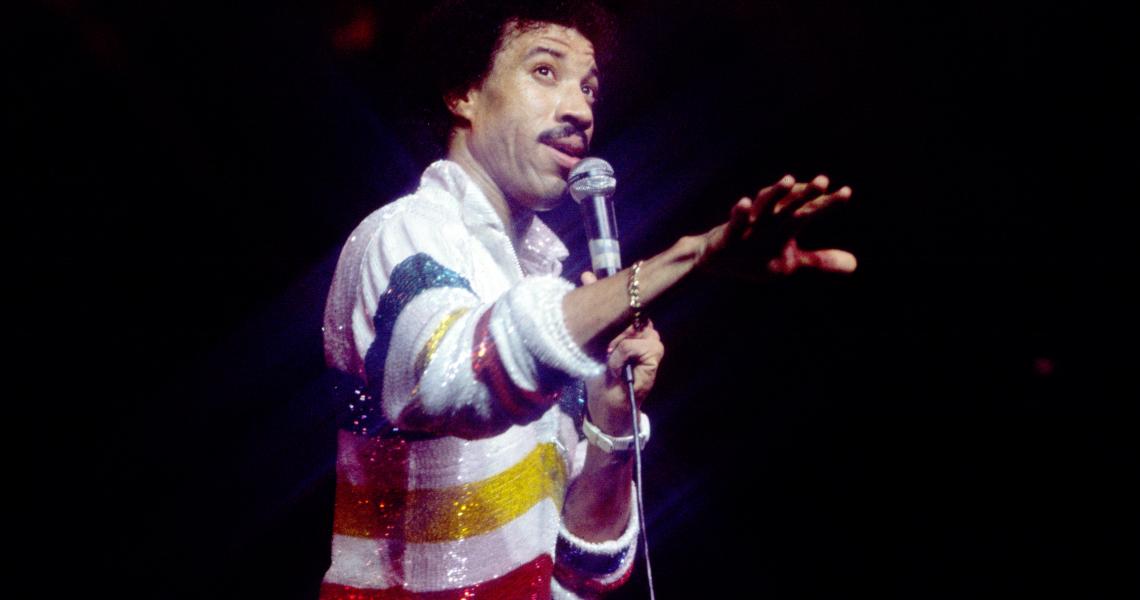 Dateline: Dec. 17, 1983. Actors Eugene Levy and Ernie Hudson celebrate birthdays, Sudden Impact and Scarface are tops at the box office, and these 10 songs were the highest-charting on the Billboard Hot 100!

While "Church of the Poison Mind" was the lowest-ranking of Culture Club's half-dozen Top 10s - this was its peak position - its '60s soul style is criminally underrated and not to be missed. And there were more hits to come from the Colour by Numbers album!

Olivia's final Top 10 in the U.S. - it peaked at No. 5 - certainly fared better than the film for which it was recorded, an ill-received reunion with John Travolta called Two of a Kind. Some have even said it was worse than Grease 2!

Having reached the chart summit for two weeks in October and November, Dolly and Kenny's classic duet, penned by the Bee Gees, continued its slide down the Top 10.

Yes hadn't ever touched the Top 10 - "Roundabout" came close more than 10 years before - but this arresting rock song, featuring Trevor Horn's distinctive production, would soon be on top of the charts in a month or so. (For the curious: that drum and keyboard sample is from the track "Kool is Back" by Funk Inc.!)

6. Pat Benatar, "Love is a Battlefield"

A new studio track from the concert album Live from Earth, Benatar's "Battlefield" was a rhythmic track anchored by a novel narrative music video (reportedly one of the first to feature spoken dialogue). Having peaked at No. 5 the week before, the song here lands a notch lower.

The Fab Five were on the climb with the debut single from the hotly-anticipated Seven and the Ragged Tiger. "Snake" would soon climb another two places to No. 3; it would be two singles later until "The Reflex" finally gave the band a Stateside No. 1 hit on the Hot 100.

After holding at its peak position of No. 3, Billy Joel's doo-wop style ode to his soon-to-be-wife Christie Brinkley began its slide down the charts. But don't cry for Billy: his album An Innocent Man had topped the charts, as did previous single "Tell Her About It." Plus, check out who he's dancing with in that video!

His new album for 1983 was aptly titled Can't Slow Down, and Lionel Richie was about to kick things into a whole new gear. After releasing the chart-topping duet "Endless Love" with Diana Ross and three Top 10s from his self-titled solo debut, the former Commodores frontman struck gold with "All Night Long," which spent four weeks at No. 1 in November and December. The track was the first of five Top 10s from Can't Slow Down (including the chart-topping "Hello"), and every one of Lionel's releases through 1986 would peak in that winner's circle as well.

One of the hottest Christmas presents of '83 was Hall & Oates' greatest hits collection Rock 'N Soul Part 1, which featured all their big hits on one album (including their five chart-toppers: "Rich Girl," "Kiss on My List," "Private Eyes," "I Can't Go for That (No Can Do)" and "Maneater"). "Say It Isn't So" would peak here at No. 2, while the album's other new song, "Adult Education," would reach the Top 10 as well.

Both a boon for a Beatle and a crown for a King of Pop! "Say Say Say" continued its run on top of the charts for a second week. (It would stay there for six altogether.) Not only was it Paul's eighth solo No. 1, but it was Michael's third No. 1 that year alone, after "Billie Jean" and "Beat It" helped make Thriller a juggernaut. (And there was no sign of slowdown: the album's seventh Top 10 single, the title track, was about to be released, with the epic video premiering on MTV just weeks before.)