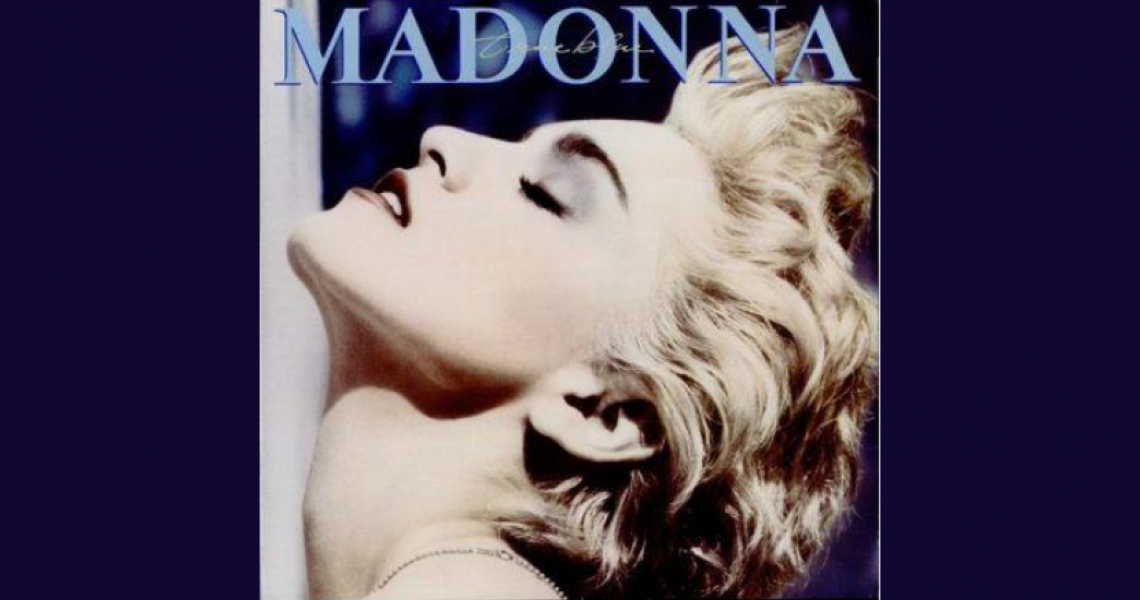 A year after tying the knot with Sean Penn in '85, Madonna celebrated their young love by dedicating her third album to her then-husband, or as the liner notes described, "the coolest guy in the universe."

Filled with the secrets of love, lies, and life lessons, True Blue celebrated Madonna's creative coming of age through one of her most personal albums to date. Despite the world's sky high expectations that followed the smash success of 1984's Like A Virgin, the Queen of Pop bared her soul with 9 confessional tracks that established the superstar with newfound sophistication.

With her ‘80s go-to production team of Stephen Bray and Patrick Leonard by her side, Madonna set the tone for her album with "Live To Tell," the first single and music video off True Blue.

Released March 26, 1986, the gorgeous ballad, which was included in Penn's 1986 film At Close Range, put Madonna's maturity in full spotlight as the pop diva sang her truth about "the secrets [she] [had] learned." The somber confessional took Madonna straight to No. 1, marking her third No. 1 single on the Billboard Hot 100, her first No. 1 song to be featured in a film and her first No. 1 appearance on the Adult Contemporary chart.

Madonna decided to have fun with her retro title track “True Blue," joining forces with '80s powerhouse network MTV to create a fan-made music video, filled with poodle skirts and ponytails, to accompany the nostalgic track. "True Blue" climbed to No. 3 on the Billboard Hot 100.

The Queen of Pop shimmied back into dance-pop territory for her fourth single from the album, "Open Your Heart," which was originally intended for Cyndi Lauper. We wouldn't have known otherwise because Madonna fully claimed it as her own, adorned with an iconic black wig and a bedazzled bullet bustier. Released in November 1986, the single shot forth as the Material Girl's 5th No. 1 single on the Hot 100.

Cuban pop masterpiece “La Isla Bonita” was released as the album's fifth and final single by February 1987. An ode to escapism, the single resonated with Madonna fans worldwide, peaking at No. 1 in Canada, France, Germany and the UK while charting at No. 4 in the US.

Upon its full release, True Blue boosted Madge to true superstar status as the album ascended to No. 1 on the album charts for a month-long reign beginning August 16, 1986. Selling over 25 million copies, the album made Madonna so huge that she was honored with the Video Vanguard Award at the 1986 MTV Video Music Awards. As the dust settled, True Blue became the best-selling album on the planet of the year.