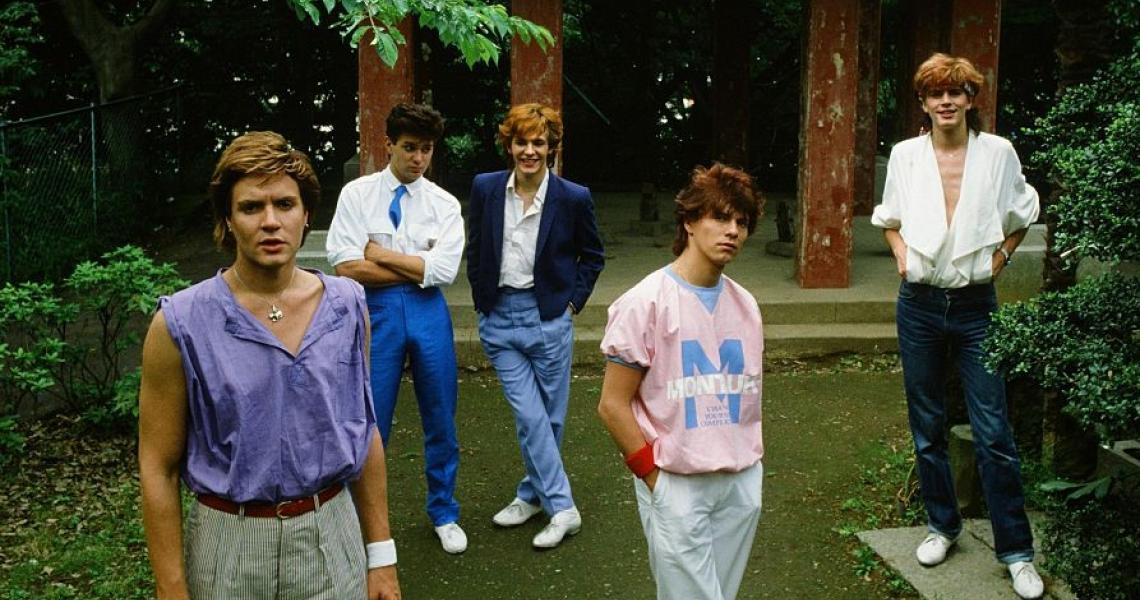 Duran Duran was definitely on a roll. The band's fifth single, "Hungry Like the Wolf," was a hit on the UK charts, peaking at #5. When it came time for single number three, the group delivered a change-up in the form of sultry one-night-stand anthem, "Save a Prayer." Released on August 9, 1982, it's among the most beloved songs in Duran Duran's discography, and is played at virtually every one of the band's live performances. Let's look back at this classic track with five fun facts.

RELATED: May 1982: Duran Duran Releases "Hungry Like the Wolf"

1. "Save a Prayer" almost became Duran Duran's first #1 hit
Following the success of "Hungry Like the Wolf" on the UK charts, "Save a Prayer" made a beeline for the top when it was the follow-up release. The song remained stuck at #2, however, thanks to the band Survivor and the very American "Eye of the Tiger," from the Rambo III soundtrack.

2. "Save a Prayer" wasn't released as a single in America until January 1985
The States were constantly playing catch-up in terms of Duran Duran mania. The band didn't really click in America until the advent of MTV, which luckily for Simon Le Bon and company, lined up nicely with the Rio album campaign. As the network helped the boost the band's profile in America, record label EMI was doing everything they could to meet the growing demand. It wasn't until January 1985 when "Save a Prayer" was officially issued as a single in the U.S. Not a moment too soon, as it crashed the top 20 to peak at #16 on the Hot 100 for the week of March 15, 1985. The #1 song in America that week: REO Speedwagon's "Fight the Feeling."

4. The exotic music video was the result of a harrowing shoot
Duran Duran famously decamped to the island of Sri Lanka to shoot the splashy music videos for the Rio album. With Russell Mulcahey serving as director, the band survived a series of comical but potentially dangerous hazards. Drummer Roger Taylor was sitting on an elephant when someone in the crew played a recording of a female elephant's mating call. The sound was enough for the elephant Taylor was riding to make a tear towards the nearest female elephant. Thankfully, the drummer was not thrown or trampled by the animals. Guitarist Andy Taylor got a little too wasted, and fell into the water. He contracted a tropical virus, and had to be hospitalized: "I suppose there's a lesson there somewhere," the guitarist joked in his book, Wild Boy. "If you smoke dope and drink Jack Daniel's in the tropical heat, don't fall into a lagoon full of elephant's urine."

5. Duran Duran dedicated the song to Marvin Gaye the day after the Motown legend was killed
Duran Duran set up shot for three big shows in Oakland, CA, in mid-April 1984. Earlier that month, singer Marvin Gaye had tragically been shot and killed by his own father. Singer Simon Le Bon would dedicate the band's performances of "Save a Prayer" to the late star during the shows. Those shows were later turned into the band's first live album, Arena, and concert film, Arena (An Absurd Notion).