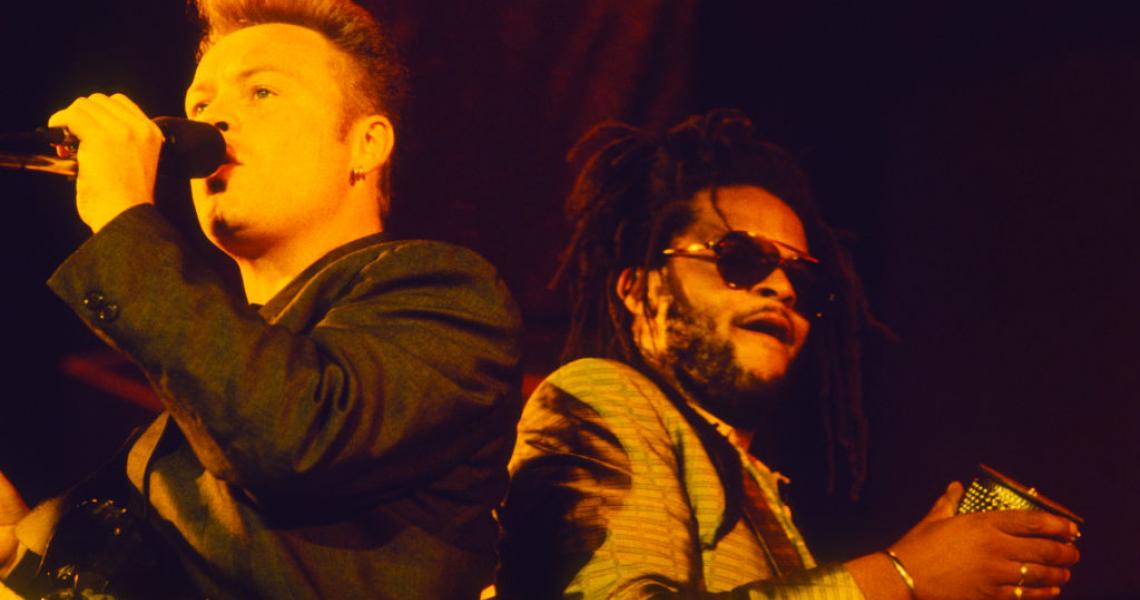 Astro, who gave British band UB40 some of their strongest reggae bona fides, has died. He was 64 years old.

News of his passing after a short illness was confirmed on Twitter Saturday (Nov. 6). "We are absolutely devastated and completely heartbroken," the post read. "The world will never be the same without him."

We are absolutely devastated and completely heartbroken to have to tell you that our beloved Astro has today passed away after a very short illness. The world will never be the same without him.

We ask you to please respect his family’s privacy at this incredibly difficult time. pic.twitter.com/GRDjtApyzy

Born Terence Wilson in Birmingham, England in 1957, Astro - so nicknamed for a childhood pair of Dr. Martens "Astronaut" boots - joined the group in 1979. UB40, named after an unemployment benefit form in the U.K., garnered acclaim for their socially-conscious lyrics and fluid reggae rhythms as the 2-Tone ska movement began to take hold on the country. The group amassed 16 Top 10 albums in their native country and scored hit singles with "Food for Thought" and "One in Ten."

But UB40's greatest achievement may have been 1983's covers album Labour of Love. The chart-topping album yielded the band's biggest hit: an unlikely cover of Neil Diamond's ballad "Red, Red Wine." (Astro, who provided the song's iconic "toasting" or rapped breakdown, later admitted that the band knew the song through an earlier reggae cover by Jamaican singer Tony Tribe, and had no idea that "N. Diamond" was the beloved singer/songwriter.) The song sailed to No. 1 in the U.K. but was only a modest international hit until an American disc jockey started spinning the track in 1988, five years after it was first released. Against all odds, it would make its own belated journey to the top of the Billboard Hot 100, reinstating Astro's verse after the initial single edited it out.

UB40 would score more hit covers throughout their career, including Elvis Presley's "Can't Help Falling in Love," The Temptations' "The Way You Do the Things You Do," and Sonny & Cher's "I Got You Babe," sung as a duet with one of the band's early champions - Pretenders vocalist Chrissie Hynde.

Several key members of UB40 broke off in 2008, including vocalist Ali Campbell and keyboardist Mickey Virtue. This led to two versions of the band; Astro joined Campbell's group in 2013. "UB40 featuring Ali, Astro & Mickey" released A Real Labour of Love in 2018, bringing them to the U.K. Top 10 with a studio album for the first time in 20 years. Virtue departed soon after, and a new UB40 album featuring Campbell and Astro, Unprecedented, was slated for release next year.