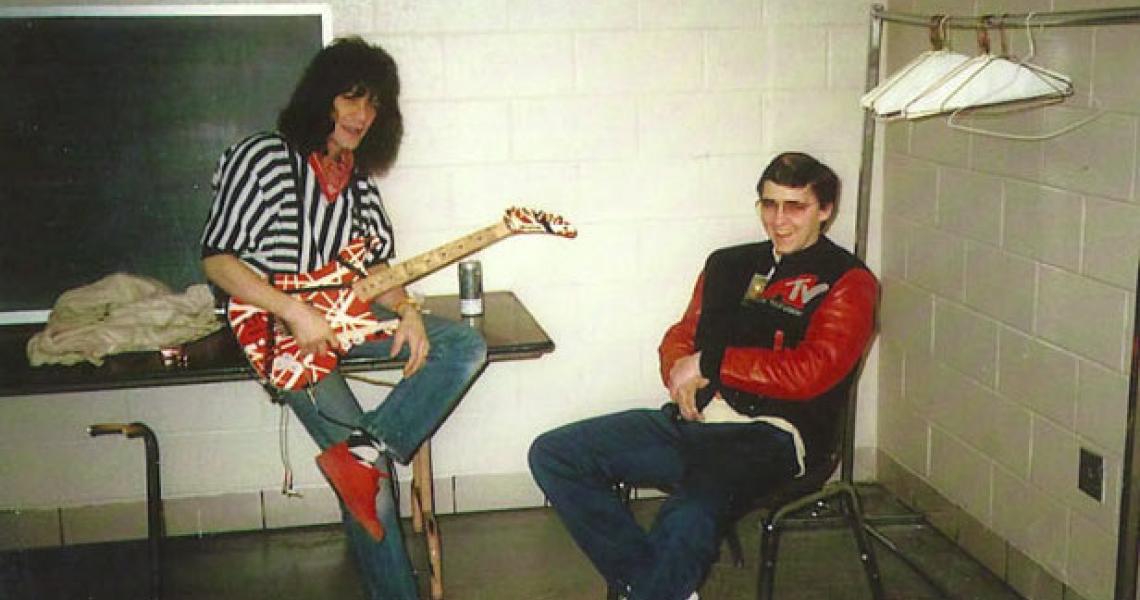 Life in and around the band Van Halen in 1984 was one non-stop bacchanal of epic proportions. That's the vibe captured in new mini-doc, Lost Weekend: Partying with Van Halen. The 15-minute short captures the essence of the MTV contest that promised to fly a fan out to meet and hang out with David Lee Roth and company during the band's blockbuster 1984 tour.

True to their word, MTV did indeed whisk 20-year-old winner Kurt Jefferis and friend Tom Winnick from the suburbs of Philadelphia by private jet to the mean streets of downtown Detroit to join the band at Cobo Arena for a pair of sold-out shows. Needless to say, things got pretty crazy.

“A guy handed me a bottle of Jack Daniels. I took a sip and asked for more,” Jefferis told Page Six. After being handed a joint, “I took a couple hits and a couple more swigs of Jack Daniels.” At the show, Jefferis was brought onstage, showered with champagne and smashed in the face with a cake. After the concert, he was welcomed into a backstage party with a spread including more booze, fine food, and hard drugs.

“I did a couple lines (of cocaine). Then David [Lee Roth, the singer] said, ‘I think Kurt needs Tammy,’ ” Jefferis remembered. Tammy “took off her clothes and started dancing naked. The two of us wound up together in the shower.”

Unbeknownst to MTV or Van Halen, Jefferis had suffered a serious brain injury a couple of years earlier after falling more than 10 feet from a ladder, requiring a metal plate be put in his head. He was in no way ready to run with the devils in Van Halen.

“I blacked out, and the next thing I remember is waking up in a hotel room bed, and my head was killing me.”

When he woke up, he was confronted by drummer Alex Van Halen demanding that he shotgun a beer to prepare for his second day of debauchery. That's when things really got interesting.

"I didn't tell MTV about my accident because I didn't think anything of it," Jefferis said. "I was the grand-prize winner and I was going to go experience a lost weekend with Van Halen." Watch the madness below.