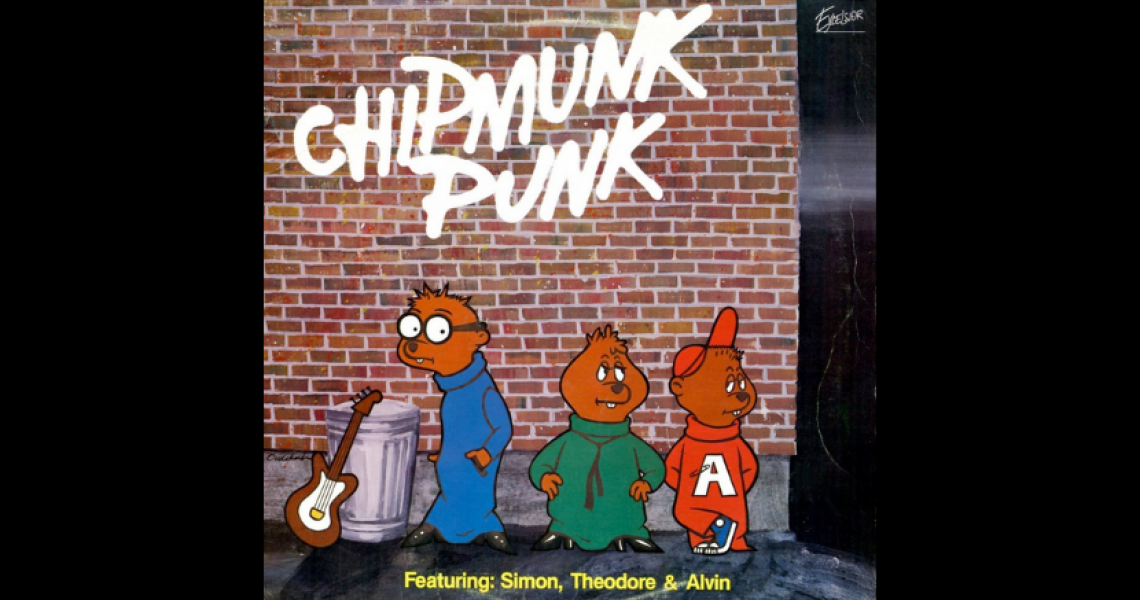 On Jan. 27, 1919, a fella named Rostom Sipan Bagdasarian was born in Fresno, California; if his name doesn’t ring a bell, maybe the fact that he made his fortune as Ross Bagdasarian will help...and if it doesn’t, then how about David Seville?

So why are we talking about some furry little hitmakers of 1959 when we should be talking about the ‘80s? Because there’s no better way to celebrate the father of the Chipmunks than by spotlighting the album that brought them roaring into this day-glo decade we celebrate daily. In other words, we’ve got two words for you: Chipmunk Punk. That's right, the first album by the high-pitched rodent trio since Bagdasarian's passing more than a decade before.

Now, fair warning: there’s virtually no song on this album that can reasonably be considered punk by the traditional standard of the term, so don’t come looking for versions of “Anarchy in the U.K.,” “White Riot,” or “Oh Bondage Up Yours.” Then again, this thing was such a phenomenon in 1980 that everyone knew what they were getting. After all, they had a TV commercial for it!

That's right: songs like The Cars' "Let's Go," Tom Petty and The Heartbreakers' "Refugee," three songs by The Knack, and even Linda Ronstadt's "How Do I Make You." Seriously, who in their right mind would put together an album called Chipmunk Punk and include a Linda Ronstadt song?

As strange as it was, Chipmunk Punk earned a gold record and helped a new generation rediscover the fun of hearing songs in squeaky voices. By 1983, the 'Munks were back on TV with a brand-new cartoon. But the sounds of Chipmunk Punk are hard to ignore - and don't think we didn't try.