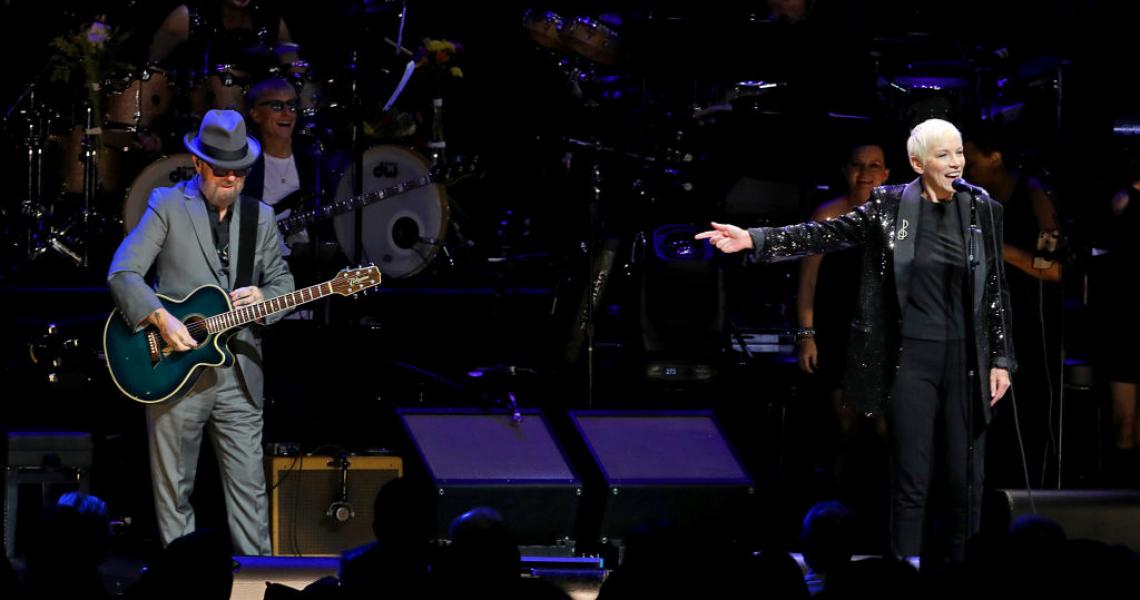 When Sting calls, artists listen. The legendary Police frontman held a massive benefit at the Beacon Theater in NYC last night (Dec. 9) for The Rainforest Fund, which rolled out a veritable cavalcade of star performers. Among the show highlights was a reunion of iconic '80s act, the Eurythmics.

The show marked the first time Annie Lennox and Dave Stewart have performed Eurythmics songs since being inducted into the UK Music Hall of Fame back in 2008. The last time they played as a duo was at a 2014 Beatles tribute, where they did not perform Eurythmics material.

For Sting's big benefit, however, the pair played three of their biggest hits: "Here Comes the Rain Again," "Would I Lie to You" and "Sweet Dreams." Watch fan footage below.

Also among the performers: Bruce Springsteen with John Mellancamp, and Debbie Harry teaming up with DMC of Run-DMC to perform Blondie's "Rapture."