September 1984: Stevie Wonder Scores His First UK No. 1 with "I Just Called To Say I Love You" 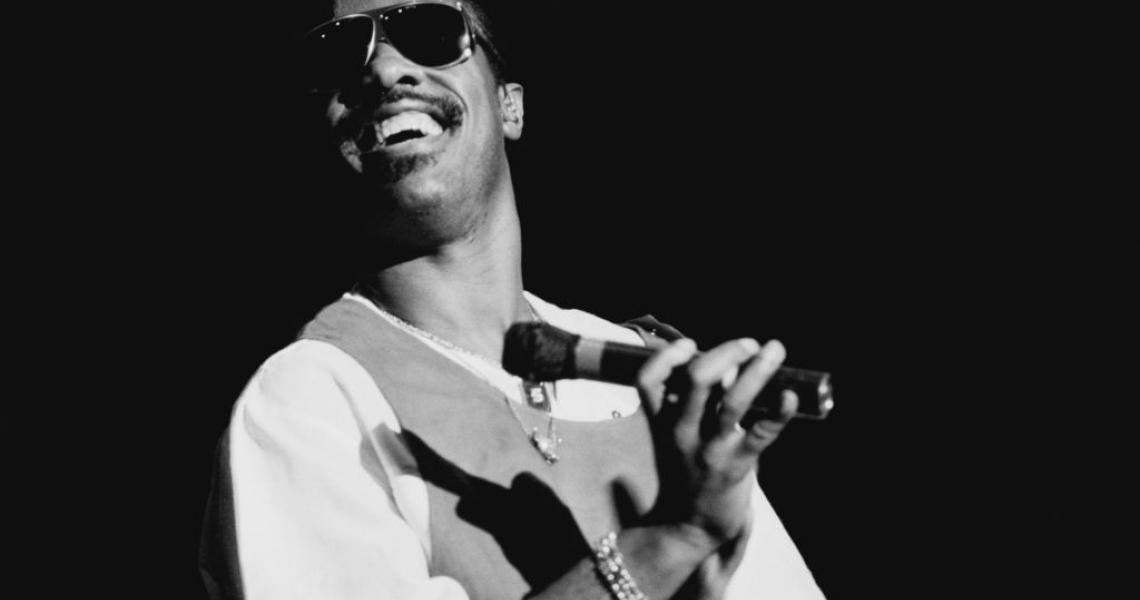 Blind since birth, Stevie Wonder may have never watched a flick on the big screen, but the musical wizard has still built a staggering reputation as a trailblazer in the entertainment industry by writing plenty of songs for movies, including 1979's The Secret Life of Plants.

Five years later, his close friend Dionne Warwick was putting together the soundtrack for Gene Wilder's The Woman In Red, a remake of the 1977 French film Pardon Mon Affaire, and mentioned Wonder's name during a brainstorm. Wilder rang Wonder, who happily agreed and churned out, more or less, an entire soundtrack filled with pop and R&B for the rom-com.

Amongst the  tunes Wonder wrote for the soundtrack, which included a few duets with Warwick, emerged the massive and endearing pop single, "I Just Called to Say I Love You." Wonder had been inspired to write the song years prior to being recruited for the movie, in 1976, after returning home from a visit to his mother.

READ MORE: May 1982: Paul McCartney and Stevie Wonder Hit No. 1 with "Ebony and Ivory"

But unlike any of the earlier hits he had unveiled in the '70s, such as "Superstition" and "Higher Ground"  the tune sounded like it was birthed in the '80s, filled with sappy synths, programmed and real drums, and Wonder's vocoder vocals.

Like so much of Wonder's work, the song struck the hearts of a wide audience, paving the way for the serenade to become Motown's biggest international hit of all time. "I Just Called to Say I Love You" would make its mark overseas first - ascending to No. 1 in the UK by September 8, enjoying a 6-week reign. By October, the states would follow suit as the song climbed to No. 1 on the Hot 100, Adult Contemporary and R&B Charts for a 3-week stay on each chart.

The single also proved undefeatable at awards shows. At the 1985 Oscars, all five nominees for Best Original Song had a No. 1 single on the Hot 100 under the belt. The stakes were high and the nominees were stacked. Wonder still came out on top.