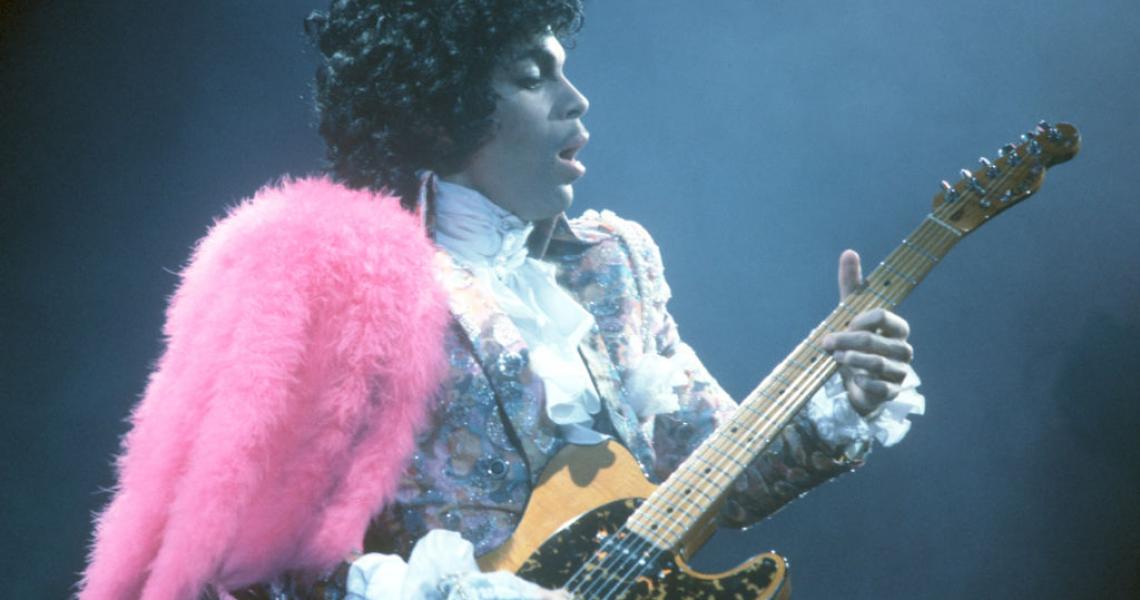 Prince will receive a star-studded tribute after the 2020 Grammy Awards, featuring The Revolution, the Bangles' Susanna Hoffs and others, according to an official announcement by Rolling Stone.

“Let's Go Crazy: The GRAMMY Salute to Prince” will feature an all-star cast of artists who worked with and were inspired by Prince, from the @therevolution, @sheilaedrummer , and @morris_day_and_the_time to @beck, @johnlegend, and @earthwindandfire. • The tribute concert will take place just two days after this year's GRAMMYS. The concert will be filmed on January 28 at the Los Angeles Convention Center, and will be broadcast on @cbstv later this year. • The star-studded special will also feature performances by the GRAMMY Award-winning artists Common, Gary Clark Jr., Foo Fighters, H.E.R., Juanes, Alicia Keys, Coldplay's Chris Martin, Mavis Staples, St. Vincent, Usher, and the Bangles' Susanna Hoffs—who first climbed the charts with her band's rendition of the Prince-penned song "Manic Monday." • "One of the true joys of producing the GRAMMY Awards is both working with and being able to tribute your heroes, and Prince gave me the opportunity of doing both,” said GRAMMY Awards producer Ken Ehrlich. “His GRAMMY appearances, though few, were historic. We've gathered a remarkable collection of artists across genres and across generations to salute one of music's truly singular iconic writer/performers, and believe me, it's a tall order to do him justice."

The special show will also involve multiple Prince collaborators, including the Bangles' Susanna Hoffs and Morris Day and the Time.

Perhaps most interesting to Prince aficionados, former Prince drummer Sheila E. will service the night as musical director alongside iconic production duo Jimmy Jam and Terry Lewis as co-musical directors. Prince's former band the Revolution and Sheila E.'s band are slated to play their own sets as well.

In conversation with Rolling Stone, Sheila E. shared that she and her band plan to perform Prince-written hit "The Glamorous Life," as well as Prince's 1985 song, "America."

In former years, "Grammy Salute" concerts have honored the likes of the Beatles, the Bee Gees, Elton John, Stevie Wonder, Motown and Aretha Franklin. Following in tradition, this show will span across different eras of Prince's musical career, with biographical segments interlaced between musical performances.

In a statement, Recording Academy President Deborah Dugan shared, “Prince. The Purple One. His Royal Badness — regardless of how you identify him, he is indisputably one of the greatest musical virtuosos of all time.”

She continued, “With his subversive attitude and commanding nature, he straddled musical genres and created electrifying music that was bursting with character. He continues to serve as an inspirational icon for artists and fans worldwide, and we are so honored to pay tribute to his legacy.”

Grammy showrunner Ken Ehrlich acknowledge that there was some apprehensive consideration about putting the Grammy Tribute spotlight on a legend like Prince.

“Sometimes you worry about these things, because when an artist is so iconic, so individualistic and so unique, you get a little bit nervous about having people interpret their work,” Ehrlich described.

“But I think, if anything, based on what we’ve done with these past shows, either we’ve gotten a little foolhardy to think that we could do Prince, or we’ve gotten confident that there are artists out there who fit; who will be faithful to what he did and reverent enough not to fuck around with him."

A taping of the special will air on CBS later this year.