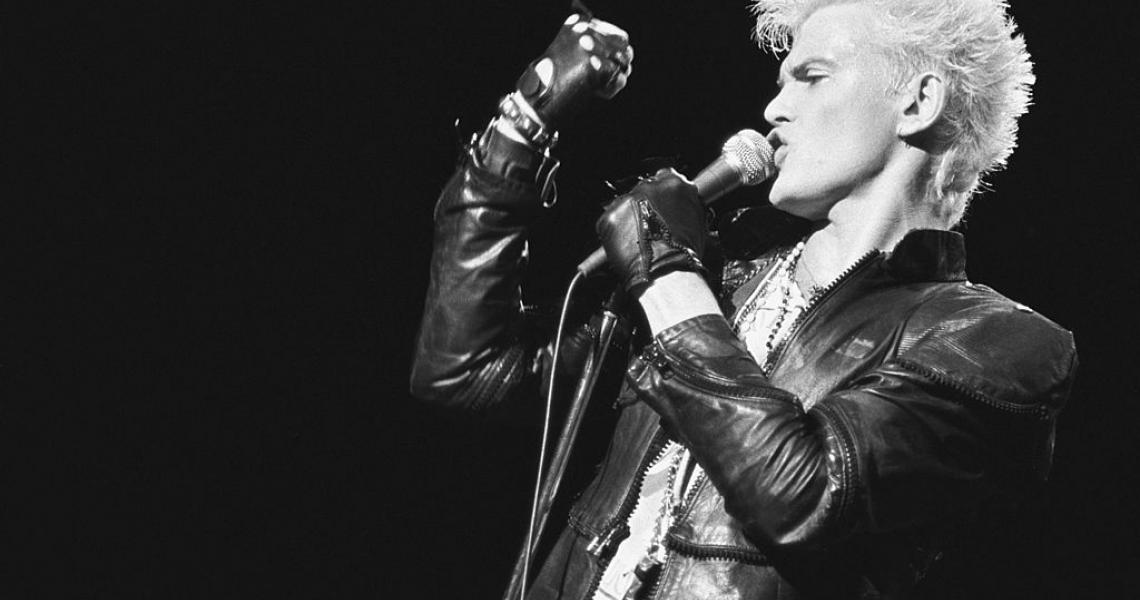 Punk rock icon Billy Idol turns 65 years old this year. November 30, to be exact. In honor of the big occasion, let's take a look back at Billy Idol's biggest hits, as determined by the Billboard charts.

The track many consider Billy Idol's signature song is actually a cover, originally recorded by Tommy James and the Shondells in 1965. Idol released his version of the song in 1981, but it was a live version taken from the album Vital Idol that would serve as the rocker's lone #1 on the Hot 100 in 1987. Ironically, it would topple Tiffany's "I Think We're Alone Now" from the top spot, also a Tommy James cover.

Idol's second-biggest hit might come as a surprise to some. The lead single from his 1990 album, Charmed Life, "Cradle of Love" would get a big boost due to its connection to Andrew Dice Clay movie, The Adventures of Ford Fairlane. The song was such a hit that only Mariah Carey's "Vision of Love" was able to block the #2 smash from reaching #1.

After the song and video for "Rebel Yell" had become a huge MTV hit, Idol's follow-up single, "Eyes Without a Face," would reap the benefits. The track would climb as high as #4 on the Hot 100 in 1984, cementing the singer's status as legitimate star and budding mainstream heartthrob.

After the breakout success of the Rebel Yell album, compounded by the Vital Idol compilation, Billy Idol was poised to have a big year in 1986. In September of that year, he released "To Be a Lover," the lead single from the album Whiplash Smile. A cover of William Bell's 1968 original, Idol's version would fly as high as #6 on the Hot 100.

The tune that many most often associate with Idol wasn't much of a chart performer. While it was an MTV staple that helped propel the rocker to stardom, in 1984 he was still something of a cult sensation. "Rebel Yell" flirted with the Top 40, but stalled out at #46.