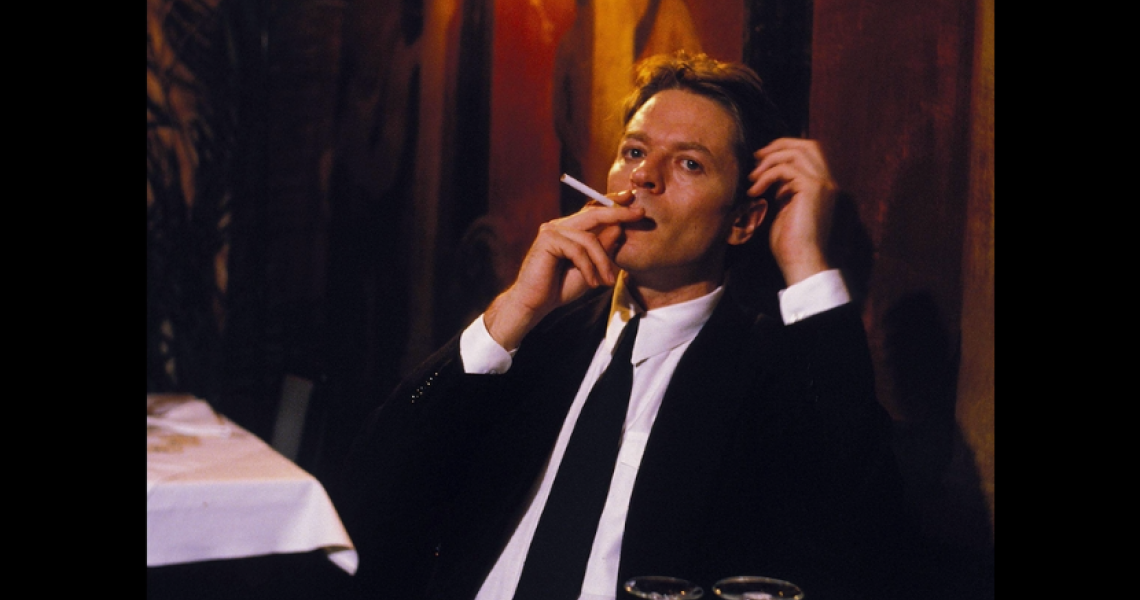 Of all the drugs running rampant in the 80's, Palmer settled on the most intimate addiction of love to spawn what would become his first No. 1 hit on the Billboard charts. Here are six standout facts about the pop-rock standard that you should know.

6. It all started with a dream.

Aspiring musicians - take notes. Inspiration hit Palmer while he was taking a snooze. He told Q Magazine in 1988, "That noisy riff woke me up. I went downstairs, got out the tape recorder, then went back to bed. Next morning, I thought, 'Phew, caught one there!'"

The smoky-eyed Palmer five made their debut in the 1985 musical video that would become one of the most iconic videos of the decade. Donned in black dresses, the pale, stormy models became the stars of the show with their bright red lipstick and slicked, snatched ponytails. Julia Bolino and Patty Elias took part as guitarists, Kathy Davies as drummer, Julie Pankhurt as keyboardist and Mak Gilchrist as bassist.

Gilchrist later reflected to Q, "I remember feeling an acute sense of embarrassment when I first saw how sexy the video was. The most unusual place I saw it was on a huge screen on the side of a Tokyo building."

The blue-eyed singer first envisioned this song as a duet with the electrifying Chaka Khan. The show-stopping duo recorded the song together, before learning that Warner Brothers Records would not allow her voice on the single, so Palmer quickly pivoted and recorded the high notes as his one.

Khan re-emerged on Steve Winwood's sensations 1986 hit "Higher Love" instead that year, the winning tune for the 1987 Grammy for Record of the Year.

As Gilchrist recalled, "We were meant to look and 'act' like showroom mannequins." The girls' unforgettable feature certainly helped pushed the song into pop's mainstream, become a definitive profile of the decade's hyper-stylized mod fashion and becoming an unforgettable mainstay on MTV.

2. Behind the scenes of the music video shoot

Despite the steamy outlook of the music video, everyone kept their acts professional on-set, especially Palmer, who had his wife in attendance. Gik reminisced, "Director Terence Donovan got us tipsy on a bottle of wine but as were having our makeup retouched, I lost balance on my heels and knocked the top of my guitar into the back of Robert's head, and his face then hit the microphone."

As “Addicted to Love” entered the Billboard Hot 100 in early February of '86, Palmer placed his bets on what his single would score.

He recalled, "There [was] a phone number you [could] ring for Billboard magazine to let you know your chart position and we were flying from Tokyo to Hawaii and had to stop in Guam and we had made a bet as to what number 'Addicted To Love' was going to be and I lost."

Palmer has sold himself just one short by "[betting] on number two but it went to one!" The singer had put a black and white cashmere cloak on the table and lost, but it somehow made its way back to him the next week.

"Addicted To Love" would not only top the Billboard chart in the first week of May '86, but also hit No. 1 in Australia and No. 5 on the UK Singles Chart. The monster success also earned Palmer a Grammy for Best Male Rock Performance in 1987.