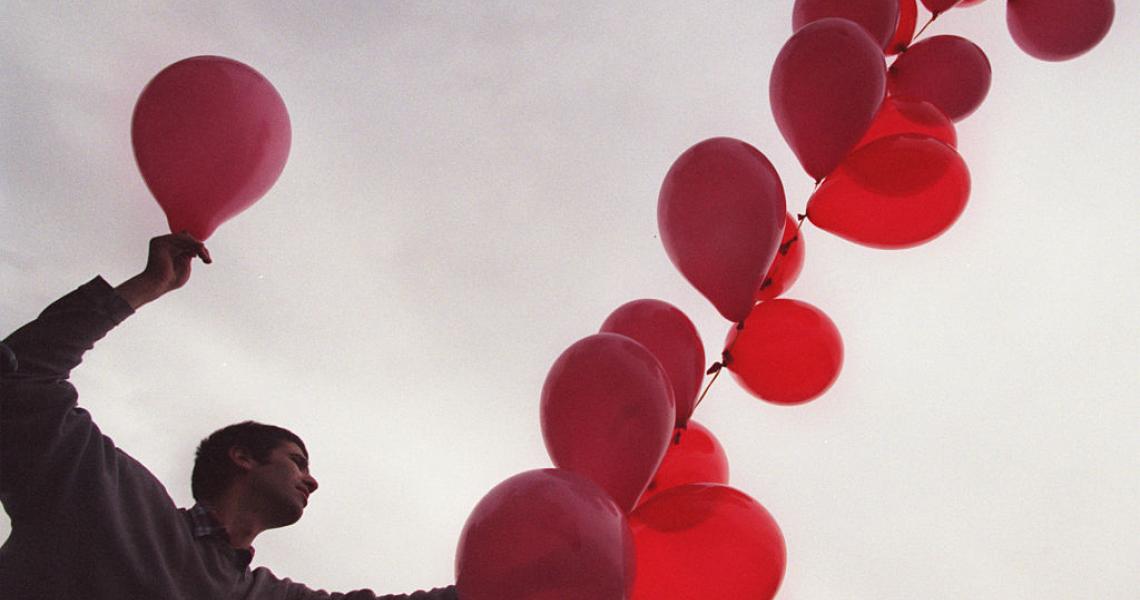 Ready to go up, up, and away? You should be, since the end of January is International Hot Air Balloon Week!

Yes, that’s really a thing...and stop looking at us like we’re crazy: we checked to be sure, and it absolutely, positively really is a thing. Particularly in the Balloon Village of Filzmoos, which is - to be specific - a town within the district of St. Johann im Pongau in the state of Salzburg, Austria.

Trust us, if ever there was a place to celebrate International Hot Air Balloon Week, it’s Filzmoos, and we know this to be true because they hold an actual Filzmoos Balloon Week,

We’ll let you check out those links and prepare to book yourself a trip for this time next year, but in the meantime, let’s use this event as a perfectly legitimate excuse to spend a few minutes talking about a true ‘80s classic: Nena’s “99 Red Balloons.”

You may have heard the story of the song over the years, but if you haven’t, we’ll give you the basics. In June 1982, guitarist Carlo Karges was attending a Rolling Stones concert in West Berlin, and when a barrage of balloons was released, he was amused at how they looked like spacecraft and pondered what the reaction might be if they made their way over the Berlin Wall and into Soviet territory. (Karges, if you hadn’t guessed, was the guitarist for Nena...and, yes, it’s not just a singer, it’s actually a band, or at least it was at the time, anyway.) In addition, it’s also been said that the song was inspired by an article about some high school students in Las Vegas who attempted to simulate a UFO by releasing 100 balloons – one of which failed to launch – attached to a traffic flare.

What we’ve always found funniest about the song, though, is the fact that Nena went to all the trouble of recording an English version – “99 Red Balloons,” naturally – only for that version to fail to chart in America. The German version, of course, soared to No. 2 on March 2, 1984, kept out of the top spot by Van Halen's "Jump." Go figure.