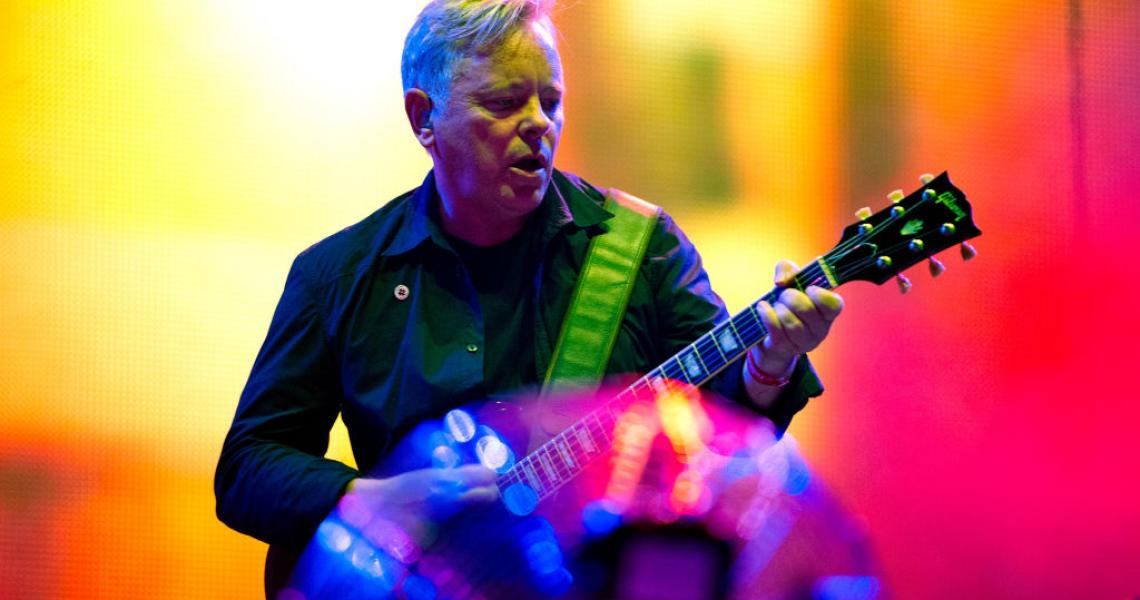 8D audio is revamping the lockdown listening experience for those pining for the days of live music. This time, it's revamping New Order's classic 80's bop "Blue Monday" for a spatially reimagined take on the British synth-pop hit.

A listening experience enabled only through earphones, the 8D music experience, which began with a universally shared WhatsApp Message, shifts sounds continuously between the left and right ears to create a "binaural" sensation of being centered in an empty environment, subject to multi-dimensional sounds, as Far Out describes.

The original song was driven by New Order frontman Bernard Sumner's fascination with futuristic technology, as he explained to NME, “I remember just being turned on by the latest technology that was becoming available. It was pre-computers, pre-MIDI, and I’d built this sequencer from an electronics kit. We programmed everything in step-time using binary code digital readouts. It was… complicated."

He continued, "The day that we wrote it was the day that we brought the [drum machine] circuit in, hooked it all up and pressed ‘GO’ on the drum machine, then the synthesiser started chattering away, and somehow it all worked. Rob [Gretton, New Order manager] thought it was witchcraft. He really did! That sounds weird now in the age of the internet, but he really thought it worked by magic.”

When the current capacities of audio-engineering applied to the drilling drum pattern and sweeping baseline of the 1983 dance floor hit, the massive pop track's amplified feeling of futurism launches the track of the past back into the present.

Listen to the track below.