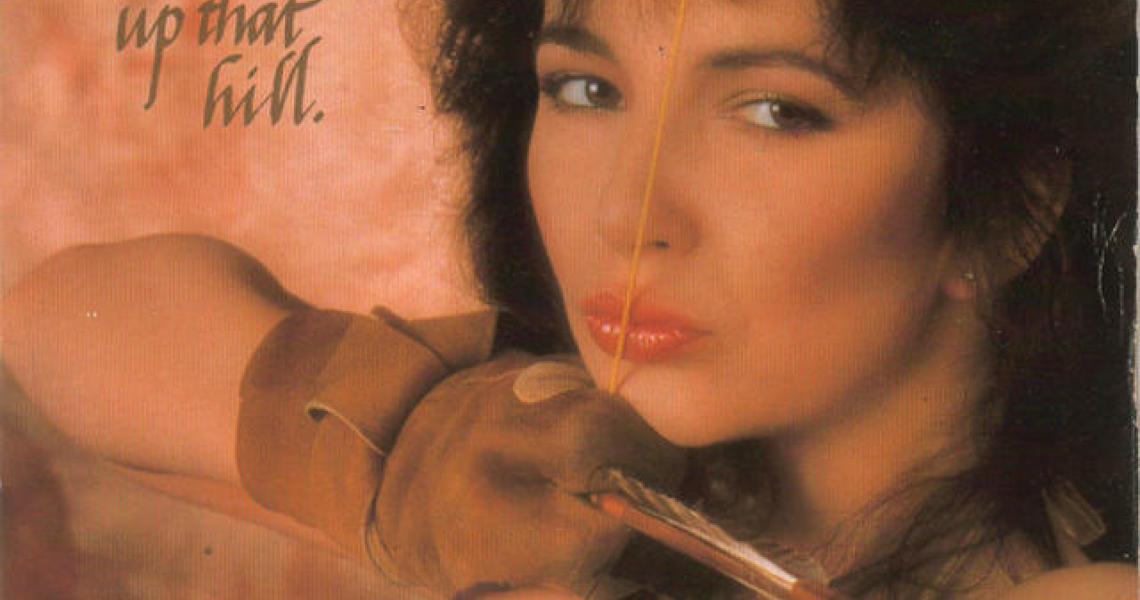 You could chalk it up to the viral tendencies of the internet. Maybe you can call it the work of a symbolic sync in a hit show. Perhaps one can even say it is the result of a radio resurrection revival. No matter how you see it – the fact is, Kate Bush’s “Running Up That Hill (A Deal With God)” is a HIT...again. 37 years after it was released as the lead single from her 5th studio album Hounds Of Love (1985), the song posted itself at No. 1 on the BIllboard Global 200 Chart to became the biggest song in the world for the very first time.

“…It’s all starting to feel surreal,” Kate wrote regarding the song’s success. She reflected that the track “is being responded to in so many positive ways. I’ve never experienced anything quite like this before!”

This month in the U.S., the single hit No. 3 on the Billboard 100 Charts (where it originally peaked at No. 30). It’s the first time Kate has ever had a Top 10 single in the country.

It’s resurgence with a bit of facilitation.

No spoilers here, but the song is used heavily in the 4th season of the hit Netflix series Stranger Things. It can be heard throughout the storyline of one of the show’s main characters Max (Sadie Sink). We’re not saying how, but there is no mistaking that song coming through loud and clear. (You’ll have to watch it to see how it’s prominently used multiple times in the show!) The audio buoyed by successful television, social media picking up on it (viral TikTok anyone?), and radio spins galore - Kate and her song have hit some milestone achievements this Summer.

In 1985, the single’s highest peak was No. 3 on the UK Official Singles Chart. In June of this year, it topped that chart - taking 36 years and 310 days to reach Number 1. On the same note, it also is the longest gap between No.1’s by an artist. (Kate’s debut single “Wuthering Heights” from April of 1978 was her last chart topper.) With this No. 1, Kate Bush also became the oldest female artist to claim the top of the UK charts, leap-frogging Cher and 1998’s smash “Believe.”

“It’s all happening really fast, as if it’s being driven along by a kind of elemental force,” Kate noted on her website about the track’s movement globally. “I have to admit I feel really moved by it all.”