Just What You Needed: Benjamin Orr's Best Vocals for The Cars 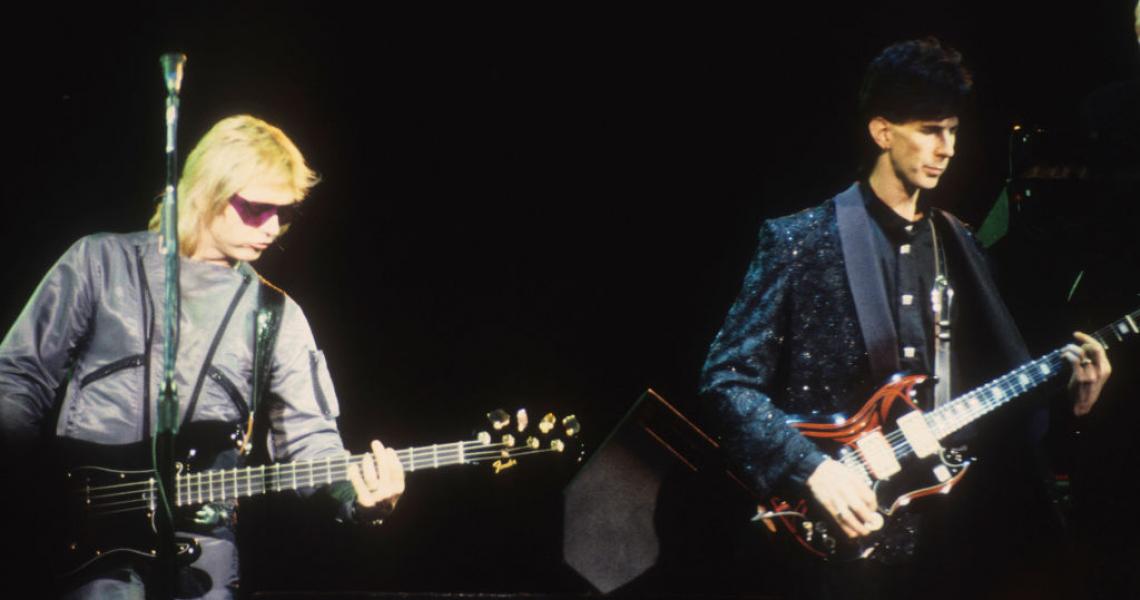 Thanks either to the unfairness of longevity or some dumb luck, The Cars are commonly thought of as the band that put the late singer/songwriter/producer Ric Ocasek on the map. Real fans, of course, will tell you that The Cars' success was contingent on all the members working as one well-oiled New Wave machine - and there were times when Ocasek ceded the spotlight to the band's other vocalist, bassist Benjamin Orr.

READ MORE: Elliot Easton Remembers the Cars: "It Was a Great Band to Be In"

Orr's smooth vocal tone and angular features contrasted pretty nicely with Ocasek's Buddy Holly-inspired singing and spindly frame. ("When the band first started," Ocasek joked at the band's Rock and Roll Hall of Fame induction in 2018, "Ben was supposed to be the lead singer, and I was supposed to be the good-looking guy in the band.") And it's very fair to say the band wouldn't have had the same level of success without Orr, who sang the band's first pop hit as well as its biggest.

Though Orr passed away after a battle with pancreatic cancer in 2000, his work with The Cars - and these key tracks from each of the six albums he recorded with the group - will live forever.

"Just What I Needed" (1978): Ocasek provided the framework for all of The Cars' discography, but the fuel for the band's debut single - beyond Elliot Easton's guitar bursts and Greg Hawkes' vocal synths - was Orr's lead vocal, about as perfect as power pop gets. It wasn't long before audiences found themselves in agreement, bringing both the single and the band's self-titled debut album to the Top 40 of the U.S. charts.

"Let's Go" (1979): One could never accuse The Cars of doing the same thing twice, but "Let's Go" - the lead single to debut Candy-O - took everything people loved about "Just What I Needed" and dialed it back up, from Hawkes' revving keyboards to the dense, Orr-led bed of vocals in the chorus. (And who could forget that clap-clapclapclap rhythm at the end of the song's refrain!) The nightlife The Cars celebrated on this track once again welcomed the group with open arms, earning them another Top 20 hit.

"Don't Tell Me No" (1980): It's hard to call any Cars album "underrated," but third album Panorama comes the closest in the classic era, "only" going platinum once over not long after its release. "Don't Tell Me No," the album's Orr-led single, featured some dark, muscular guitar work and some seriously sick fills from drummer David Robinson, but the modest performance of lead single "Touch and Go" meant this one didn't even chart!

"Think It Over" (1981): another tune overshadowed by the title track to fourth record Shake It Up, "Think It Over" didn't even get a U.S. single release. But the song's hip-shaking rhythm - featuring bubbly, organ-like keys and a bubblegum-sweet suite of guitars in the chorus - might've made more sense for European dance floors anyway.

"Drive" (1984): Ah, but there's no ignoring this immortal slow-dance song. Fifth album Heartbeat City found the band breaking with producer Roy Thomas Baker in favor of producing themselves with the help of rock hook-master Robert John "Mutt" Lange - but none of Lange's associates could've delivered "Drive" with the same power. And Ocasek wisely ceded vocal duties to Orr, whose yearning-at-the-end-of-the-universe delivery helped the song become the band's highest-charting single ever, resting at No. 3 on the Billboard Hot 100.

"Everything You Say" (1987): while "Coming Up You," the last single on The Cars' uneven (but temporary) swan song Door to Door, was sung by Orr, his real highlight might be the album's side-one treasure "Everything You Say," a mix of melancholic, lovelorn sentiments and a back-to-basics, live-in-studio arrangement. It's another perfect way to remember Orr's voice.