If You Don't Know Them by Now: An Introduction to Simply Red 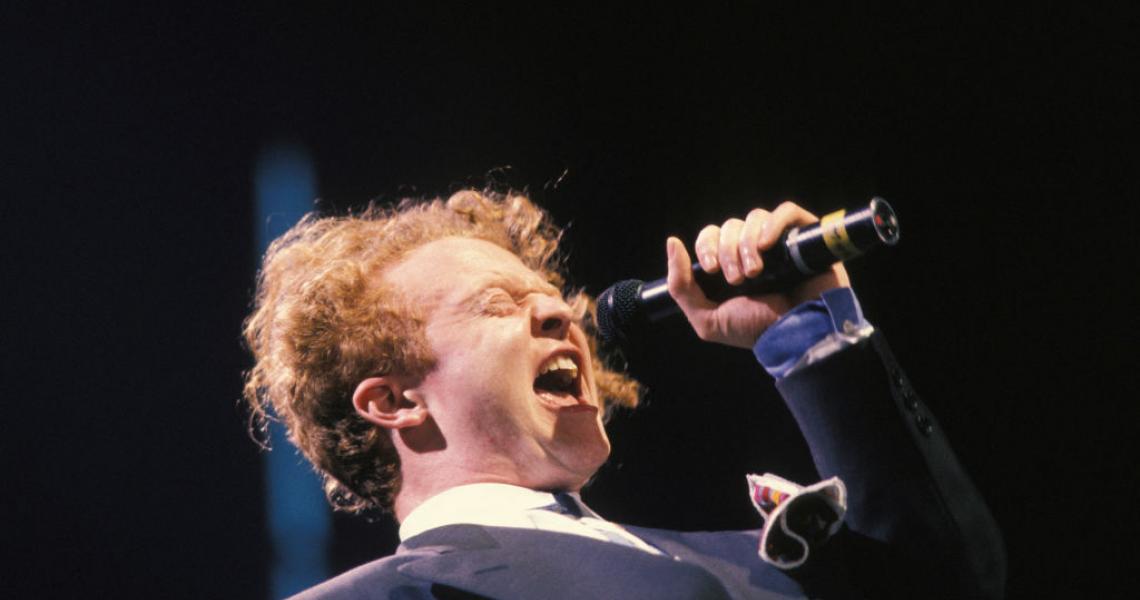 Since releasing their debut album, Picture Book, in 1985, Simply Red has made it a habit of releasing some of the best blue-eyed soul one could hope to hear. Chalk that up to the work of frontman Mick Hucknall, who’s spent the last 35+ years transforming his musical influences into new material while also spotlighting some of the songs by other artists that he’s come to love over the years. While the band’s fan base hasn’t been as substantial in the U.S. as it has consistently remained in the U.K., we’ve put together a sampler of some of the band’s best material – one track per album – to give you an idea of how they’ve progressed over the years.

Oh, and there’s a bonus track, too: their new single!

“Holding Back the Years” (from Picture Book, 1985): When it was originally released, this single failed to make much of an impact in the places you’d expect for it to chart, only making its way into the Top 10 in Belgium and the Netherlands. When it was reissued, however, suddenly everyone was down with Simply Red, with the track climbing to No. 2 in the UK and No. 1 in America.

“The Right Thing” (from Men and Women, 1987): To say that Simply Red suffered a sophomore slump with their second album would not be completely inaccurate, since this track was the only single from the LP to chart in the U.S., and even then it got no higher than No. 27. Still, that’s considerably better than a lot of British bands managed with their second albums in the ‘80s, and - more importantly - things were destined to turn around dramatically in very short order.

“If You Don’t Know Me By Now” (from A New Flame, 1989): When the band released “It’s Only Love,” the first single from their third album, the fact that it stumbled and stopped its chart ascent at only No. 57 definitely led people to presume that Simply Red’s chart reign was just about over...and then came this song. Suddenly, thanks to a song first made popular by Harold Melvin and The Blue Notes, Simply Red had another No. 1 hit on their hands. But what can you do? Haters gonna hate.

“Stars” (from Stars, 1991): For reasons which have never been adequately explained (but which can most likely just be chalked up to the advent of the grunge movement), Stars didn’t even remotely come close to succeeding in the States the way it did just about everywhere else in the world, but to put it in perspective, the album went gold in the U.S....and 12x platinum in the UK. Still, at least the iconic title track did climb into the Billboard Hot 100, even if it concluded that climb at only No. 44.

“Fairground” (from Life, 1995): At this point, it was evident that Simply Red was simply not going to regain the chart momentum in the States that they had in the late ‘80s and early ‘90s, but they were still a major force in the U.K. Case in point: this song topped the U.K. charts and went platinum.

“The Air That I Breathe” (from Blue, 1998): Despite featuring several Simply Red originals, the band’s biggest hit from their Blue album was this Hollies cover. But, hey, it’s a beautiful version, so no complaints here.

“Ain’t That a Lot of Love” (from Love and the Russian Winter, 1999): Originally recorded by Homer Banks in 1966, this track was transformed from a ‘60s R&B belter into a late ‘90s Top 20 hit in the U.K. It’s worth noting that the band also ended up doing a version of the song with Tom Jones for his 1999 album, Reload.

“Sunrise” (from Home, 2003): Breaking away from the major-label grind, this album was the first released by the band on their own SimplyRed.com label, but going the independent route didn’t stop them from finding success. Indeed, they actually found more substantial commercial success from this LP than they did with the one that preceded it, and this song took them back into the U.K. Top 10 for the first time in five years.

“So Not Over You” (from Stay, 2007): Although this album put Simply Red back into the U.K. Top 5 for the third consecutive time, its singles didn’t do nearly as well as those released from previous LPs. Still, this track did crack the U.K. Top 40, even if it only made it to No. 34.

“Shine On” (from Big Love, 2015): For the first time since 2000, this album found Simply Red rejoining the EastWest Records family, but say what you will about the band’s indie years, this album matched the chart high of its independently-released predecessor. None of the album’s singles charted, but this track - the first single from the LP - quickly reveals itself to be more of the top-shelf blue-eyed soul you’ve come to expect from Mick Hucknall over the years.

“Sweet Child” (from Blue-Eyed Soul, 2019): Yep, that’s right, our man Mick is just coming right out and calling his latest album the precise thing that everyone’s been calling his music since he first started making it. Might as well embrace it, right?