Christmas 1981: AC/DC Rules America with "For Those About to Rock We Salute You" 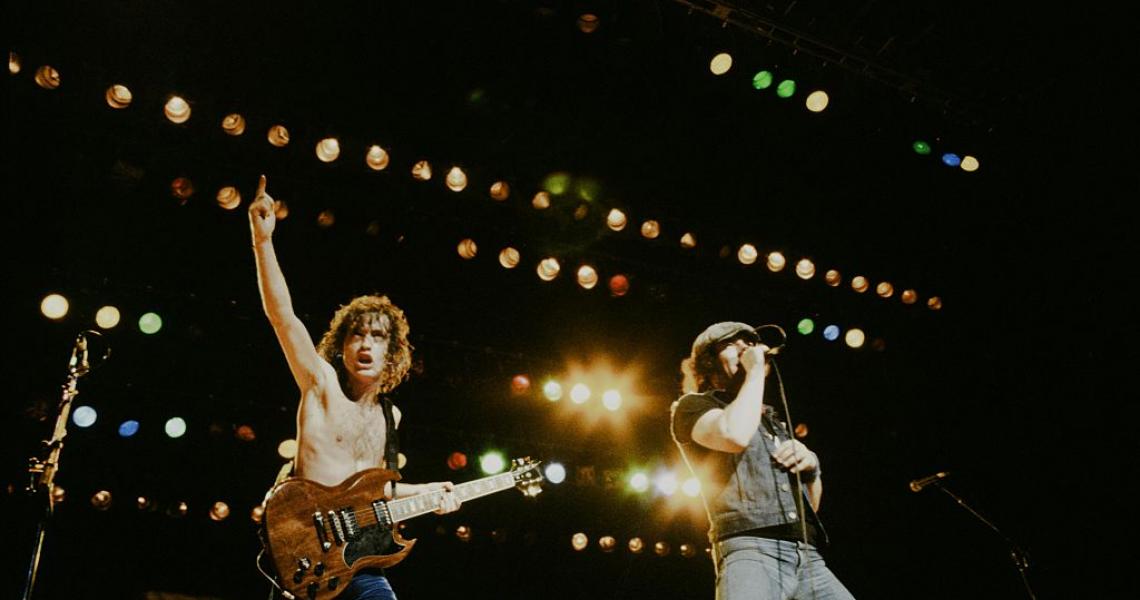 By 1981, AC/DC was arguably the biggest band in rock. The band's 1980 release, Back in Black, was a breakout success. So much so that everyone was looking to cash in, including AC/DC's record label, who rush-released the group's 1976 LP, Dirty Deeds Done Dirt Cheap. At the time, it was only available in America as an import. Ironically, it was the record that almost got the band dropped from the imprint.

When it was time to record a Back in Black follow-up, the band was raring to go. If anyone was feeling the pressure, it was record producer Robert "Mutt" Lange. The notorious perfectionist got so lost in pre-production (case in point: Lange took nearly two weeks tinkering with the "ideal" snare drum sound. He never found it. moving the whole operation to a new location) that it irritated the band and cast a pall over the recording process.

“We are always well prepared,” guitarist Angus Young told Louder in 2011. “We go in the studio with complete songs and we know what we want. We don’t f**k around much. Unlike Mutt Lange. But that guy has always been slow – real slow. He’d need forever to get anything done. Otherwise it would have been in and out in a week, I’d say.”

When For Those About to Rock We Salute You was released November 23, 1981, the album was an instant success. It would reach the #1 spot on the Billboard 200 December 26, 1981. The record would hold the peak position for three weeks, finally dethroned by Foreigner 4 on January 26, 1982.

The album would mark a turning point in AC/DC's career. In addition to firing producer Lange, the group would also part ways with manager Peter Mensch. In the aftermath, AC/DC's following three albums would fail to reach the top 10. They would get back on track with Blow Up Your Video (1988), which would peak at No. 12. The Razor's Edge (1990) would be the big comeback, climbing as high at No. 2.

Artist Name
AC/DC
Tags
AC.DC
For Those About to Rock