Is "The Blues Brothers" the Greatest Movie Musical Ever? 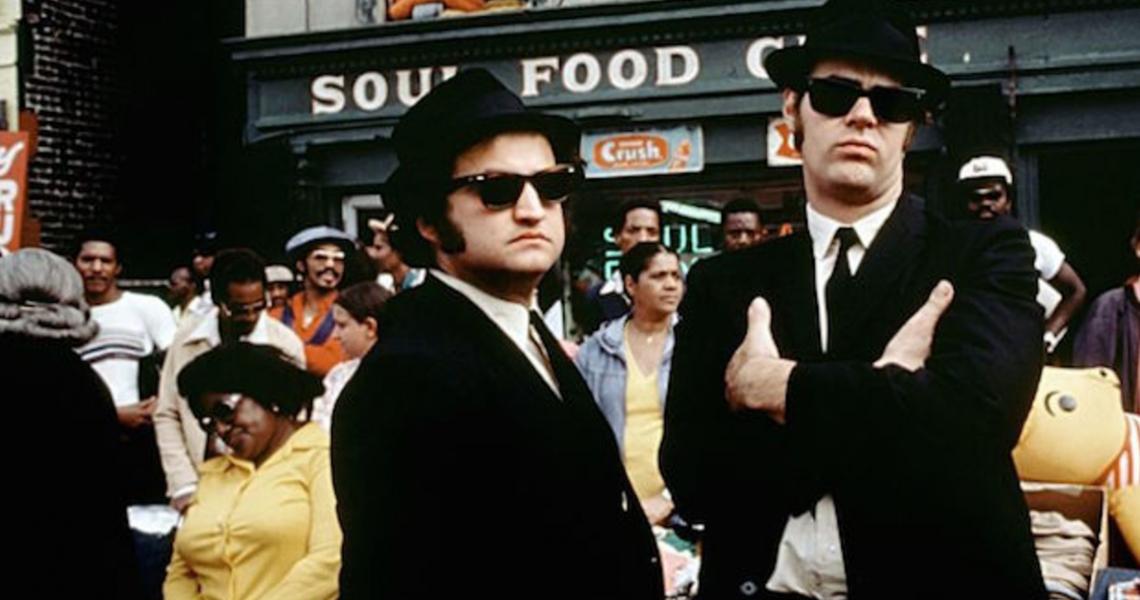 Released on June 20, 1980, at a cool $10 million over the $17.5 million budget, The Blues Brothers was a production nightmare. The movie's star, John Belushi, was a terror on the Chicago set, blazing through so much cocaine that director John Landis had to write the drugs into the film's budget. Entire days were lost with Belushi too wrecked in his trailer to work. When they did get him to set, it never meant that he would stay there.

There was one late night filming in Harvey, Illinois, when Belushi suddenly went missing. His partner in the movie, Dan Aykroyd, knew Belushi's rhythms well enough to track him into a nearby residential neighborhood. Seeing a house with its lights on at such a late hour, Aykroyd knocked on the door.

“Uh, we’re shooting a film over here,” Aykroyd said to the homeowner (via Vanity Fair). “We’re looking for one of our actors.”

“Oh, you mean Belushi?” the guy at the door responded. “He came in here an hour ago and raided my fridge. He’s asleep on my couch.”

“John,” Aykroyd said, nudging Belushi awake. “We have to go back to work.” Belushi  just nodded at Aykroyd, got up, and went back to the film set. Akyroyd called him "America's guest."

Once they got the two-hour-plus movie ready to roll, director Landis and company screened it for the big American movie theater owners. Being the people who can make or break a movie on a whim, they dealt Universal a huge blow after the screening.

“Most of them said, ‘This is a black movie and white people won’t see it.’ Most of the prime houses wouldn’t book it," Landis revealed. Tedd Mann of Mann Theaters goes so far as to tell Landis "We’re not booking The Blues Brothers in any of our national or general theaters. We have a theater in Compton where we’ll book it. But certainly not in Westwood.” When asked why not, Mann's reply: “Because I don’t want any blacks in Westwood, adding that it's "mainly because of the musical artists you have. Not only are they black. They are out of fashion.”