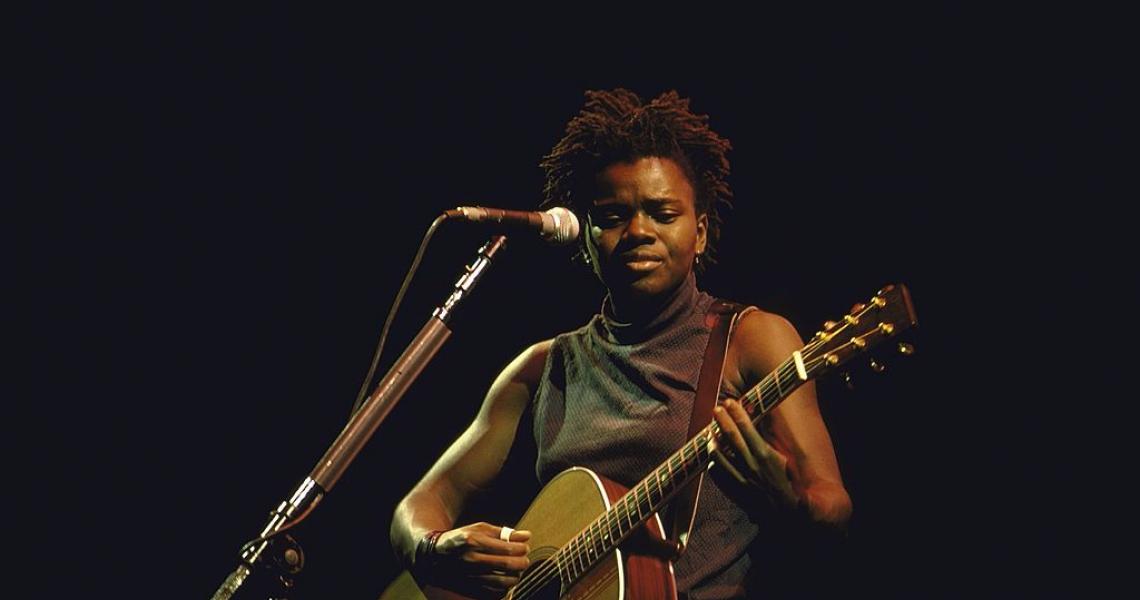 The critical buzz was strong around Tracy Chapman, the self-titled debut album from the artist discovered during her time at Tufts University. Released on April 5, the album would be closely followed by first single, "Fast Car," which debuted the following day on April 6.

A slow-burner on the charts, Chapman's critical success would land her a spot on the bill of the Nelson Mandela 70th Birthday Tribute show at London's Wembley Stadium in early June 1988. It was a blockbuster lineup featuring the likes of Sting, Dire Straits, Simple Minds, Bee Gees, Phil Collins, and more. That's when fate stepped in to make Chapman a star.

Having already performed earlier in the day, Chapman was was soaking up the atmosphere of the celebration, and preparing to catch a surprise appearance by Stevie Wonder. As Wonder and his crew were heading to the stage, it was discovered that the computer disk containing the sounds for his primary keyboard was nowhere to be found. As an inconsolable Wonder left the stadium (he would later return and perform using Whitney Houston's gear), event organizers quickly hustled Chapman back onstage. Since all she needed was a microphone and her guitar, she did another quick set while technicians rushed to reconfigure the stage for the next big performance.

With the concert being broadcast live around the world, Chapman's stark performance during prime time struck a chord with viewers. From that day forward, her album sales skyrocketed. Where she'd already moved a respectable 250,000 copies before the Mandela show, sales of Tracy Chapman would soon go into the multiple millions.

"Fast Car" would be nominated for a slew of Grammys, including Record of the Year and Song of the Year. She would take home the prize for Best Female Vocal Pop Performance, Best New Artist and Best Contemporary Folk Album.