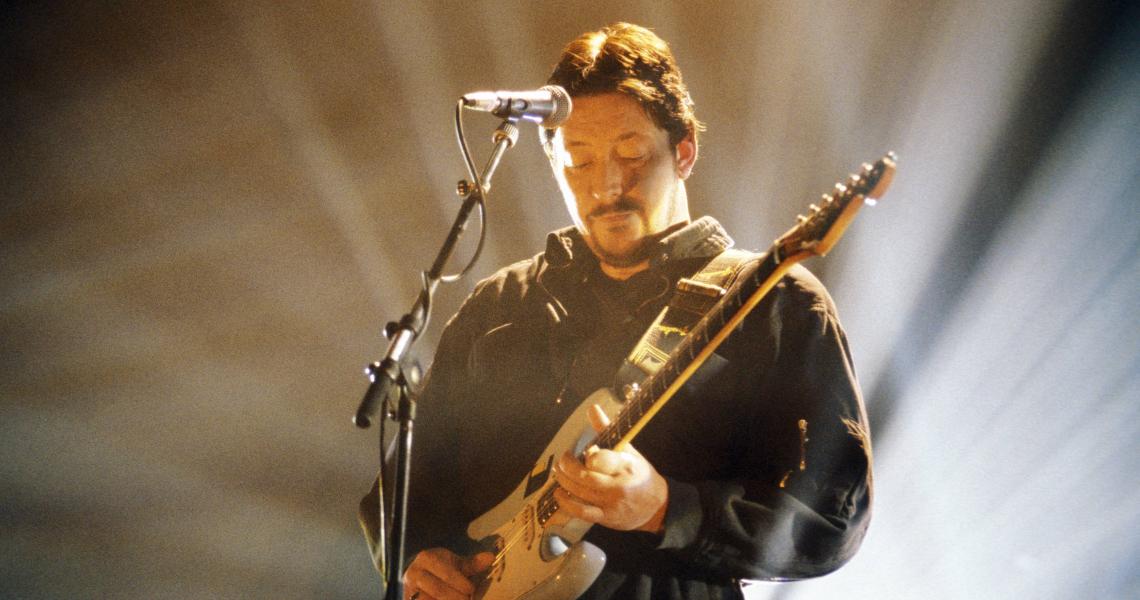 It's not often that a Christmas song can change your whole career, but for Chris Rea, that may have been just the case. "Driving Home for Christmas," a lovely B-side the husky-voiced British singer-songwriter first issued in 1986, has become one of England's signature modern Christmas songs over the decades.

Rea enjoyed a Top 20 hit in America with "Fool (If You Think It's Over)" in 1978, but found it difficult to follow up with a successful single either at home or abroad. Though his reputation as an album artist began to pick up in the mid-'80s, Rea at one point remembered having serious talks about moving on from music. "It was pretty rocky when we left Abbey Road that night," Rea later told The One Show. "We had been discussing opening an Italian restaurant and leaving the music business."

Nonetheless, when Rea's longtime wife drove to London to head to their native Middlesborough for a holiday at home, they did their best to feel the joy of the season - which not even a traffic jam and a snowstorm could stop. "I’d look across at the other drivers, who all looked so miserable," Rea recounted to The Guardian. "Jokingly, I started singing: 'We’re driving home for Christmas…' Then, whenever the street lights shone inside the car, I started writing down lyrics." The pair finally arrived home to a real present - a generous royalty statement for "Fool" - and Rea stored the lyrics in a tin.

Years later, after his fortunes had turned around, Rea was in another session with longtime keyboardist Max Middleton, trying out a pair of Roland digital keyboards they'd recently acquired. "Max and I agreed that the only way you could tell this piano was any good...was if you played Count Basie-type stuff on it," Rea said in 2019. The light, catchy melody they improvised turned out to be a great fit for the shelved Christmas lyrics - and a modern classic was born.

But like some classics, it took awhile before audiences truly discovered its power. "Driving Home" was originally released as a B-side to the track "Hello Friend" in 1986, but earned modest airplay from British DJs when it was re-recorded for a compilation album, 1988's New Light Through Old Windows. This version, featuring a string section, was a modest chart hit that year, just missing the U.K. Top 40. Since Christmas of 2007, however, the song has reappeared on the charts every December: in 2018, it reached its highest peak of No. 11, and as of Christmas Eve 2020, it's sitting at No. 13 on the same chart.