When Wedding Bells Rang a Second Time for Phil Collins 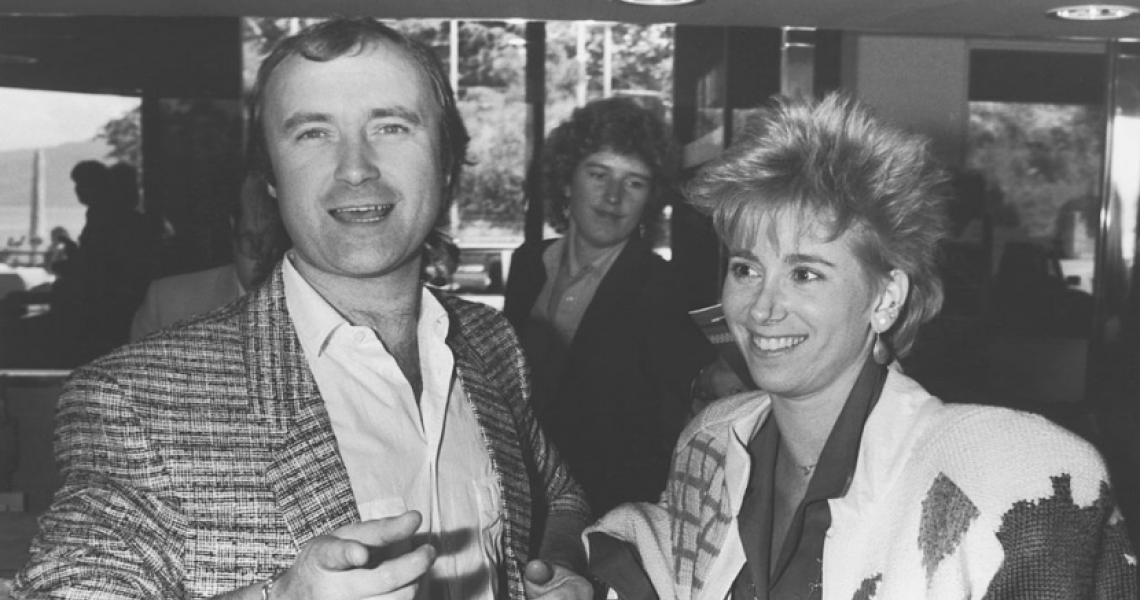 Phil Collins has mined enduring rock songs from his own romantic struggles and turmoils, but he's had his happy moments, too. On Aug. 4, 1984, the singer, drummer and Genesis frontman tied the knot a second time to an aspiring American actress named Jill Tavelman.

The pair met in 1980, after Genesis played the Greek Theatre in Los Angeles in support of their album Duke. "Jill is a well-educated Beverly Hills girl, twenty-four years old, with her own distinct musical tastes (Iggy pop is one of her favorites)," Collins wrote in his memoir. "I recognize that she's special, and deserving of more than casual sex. It seems like the feeling is mutual." Collins also writes that his early relationship with Jill inspired some of his songs, from high points ("This Must Be Love" and "Thunder and Lightning" off solo debut Face Value) to low (his lyric "You say our love is blind" in No Jacket Required cut "Only You Know I and I Know" comes from his future mother-in-law's reaction to their relationship).

Unfortunately, their union was not to last: Collins admitted to an affair with an old drama school classmate while touring with Genesis on the We Can't Dance Tour, and shockingly announced in 1994 - two years before the divorce was finalized - that he'd fallen out of love with Tavelman. The ugliest rumor - one that Collins has denied many times over the years - lies in the story that Collins asked his wife for a divorce via fax. "It really hurt my career, or my public persona," Collins said in 2016. "And it was based on an untruth...So, I just thought it would be an opportunity just to lay it all out, and if I say it didn’t happen, I’m trusting that people will believe me.”

But there remains one bright spot for the long-separated lovers: their daughter Lily. The model-turned-actress has garnered acclaim (and an Emmy nomination) for her turn on the series Emily in Paris and has also starred in films like the critically-acclaimed Mank.