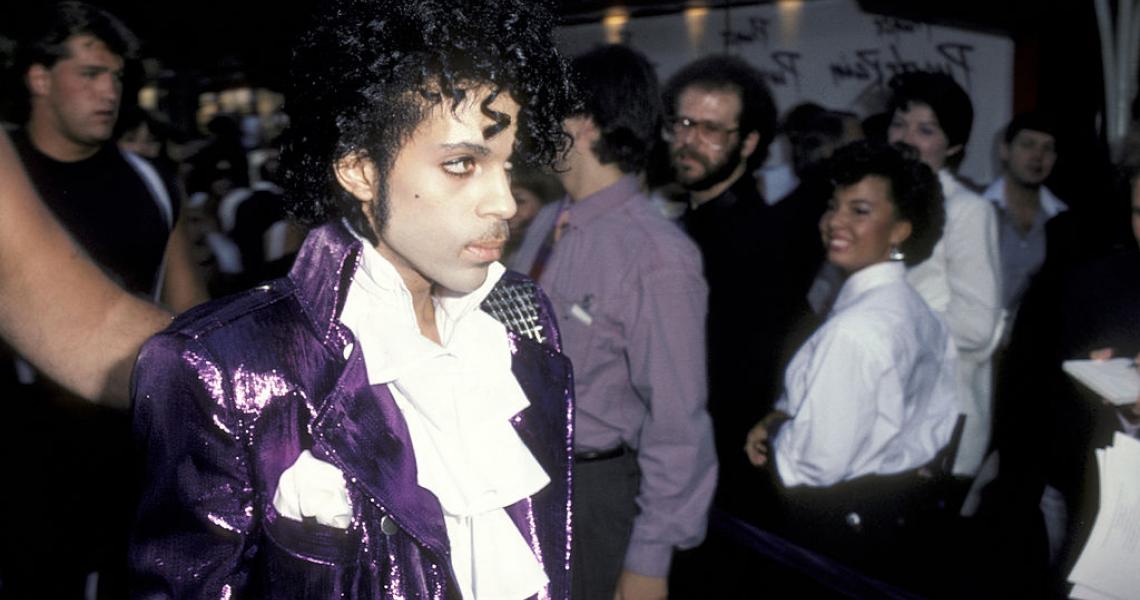 It was on July 27, 1984, when MTV and Prince collided on the purple carpet for the premiere of movie Purple Rain. It was a major event packed with A-list celebrities, with the likes of Stevie Nicks, David Byrne of the Talking Heads, rock pioneer Little Richard, "Weird" Al Yankovic, Eddie Murphy, and Pee Wee Herman, who rolled up to the party behind the wheel of a tiny clown car.

Purple Rain the album was already out and already a huge hit, as evidenced by the hordes of screaming fans lined up to catch a glimpse of the cavalcade of stars making the scene, none more so than Prince himself. When His Royal Badness did arrive, he silently strolled the carpet escorted by hulking bodyguard, Big Chick, and holding a single rose.

MTV VJ Mark Goodman had the unenviable job of playing host and MC, grabbing as many luminaries as possible for quick on-camera interviews. That day, the man put his microphone in front of a variety of stars, from John Cougar Mellancamp to Lionel Richie. While interviewing Morris Day of the Time, Day snatched the mic to regale the crowd: "I wanna see the movie and then I wanna see some lovely young ladies, so y'all hang around, OK?"

Lionel Richie had nothing but praise for Prince, and what he'd accomplished with Purple Rain: "It now becomes an extension," Richie said. "What we've been doing for a long time is taking each song and making a video out of it. What [Prince] has made now is a motion picture out of his album. It's a very important step."