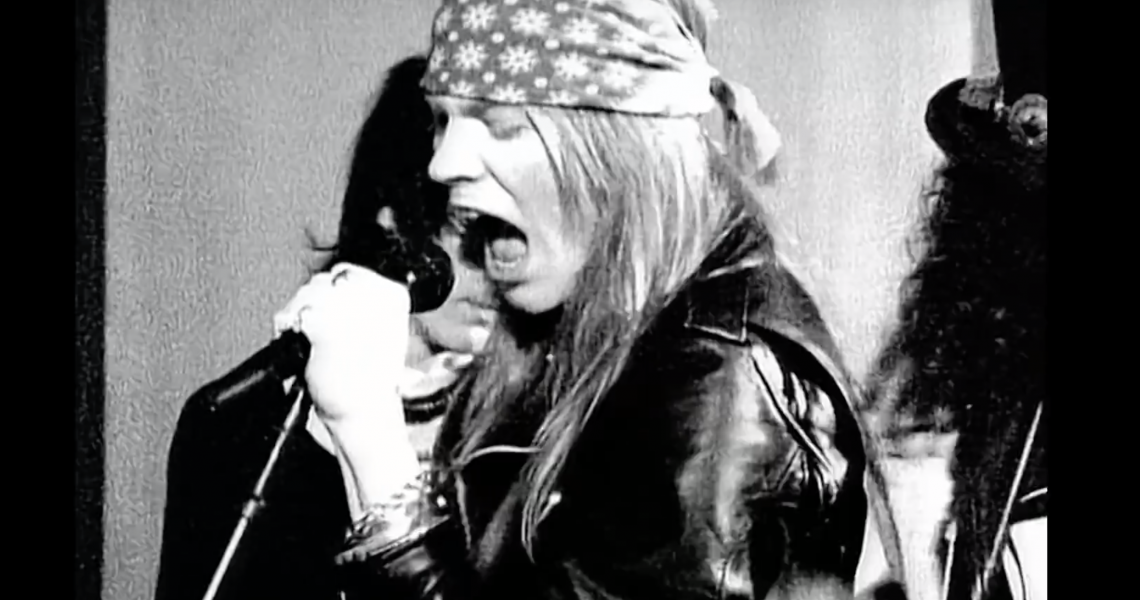 Guns N' Roses released their iconic "Sweet Child O' Mine" video back in 1987 and 32 years later, it's still making history.

The first video from the 80's to accomplish such a record-breaking feat, the clip followed the rockers as they rehearse in a ballroom in Huntington Park, California. Directed by Nigel Dick, who also oversaw the making of the first five Guns N' Roses videos, the grainy black and white video interpolated moments of the sunglass-donned band members ripping, flailing, and lounging with their girlfriends. Did we mention Slash furiously shredding a wah guitar solo?

Awarded the MTV Video Music Award for Best Heavy Metal Video, the video accompanied the third single in their debut album Appetite for Destruction, released in July 1987. It would take the band three swings (their first being "It's So Easy," followed by "Welcome to the Jungle) before they cracked a far-reaching home run. With the 1988 release of "Sweet Child O' Mine" as a single, the band's trajectory shifted upwards, flying straight to the top of the charts, scoring No. 1 for the single and a No. 1 for the album by August '88, a seemingly long, but worthwhile wait for the musicians on their way to monumental greatness.

Showcasing a softer, vulnerable side of Axl Rose's personality, the lyrics of the songs was partially inspired by youthful moments of happiness from Rose's childhood and his lady at the time Erin Everly (who he briefly married) as the poetic song reminisces, "She's got a smile it seems to me, reminds me of childhood memories, where everything, was as fresh as the bright blue sky." Rose shared with The Los Angeles Times, "The 'blue' sky line was actually one of my first childhood memories - looking at the blue sky and wishing I could disappear in it because it was so beautiful."

Slash also shared with Rolling Stone, "It [was] a combination of influences. From Jeff Beck, Cream, and Zeppelin, to stuff you'd be surprised at: the solos in Manfred Mann's version of "Blinded By The Light," and Gerry Rafferty's "Baker Street."