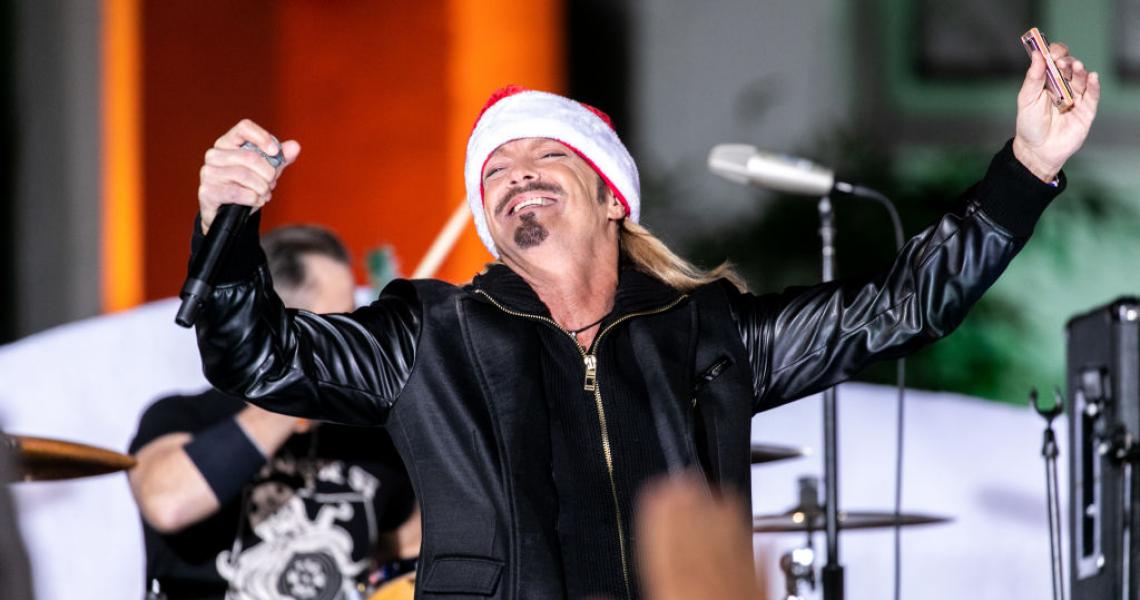 Bret Michaels had a few things to say about the "rumored" Mötley Crüe/Def Leppard/Poison tour that's allegedly taking over stadiums across America next year.

Michaels was on the red carpet at the 88th annual Hollywood Christmas Parade last night, where he received the Humanitarian of the Year award.

"I kept throwing the good vibes out there," Michaels told Bionic Buzz about the proposed tour. "I said it would be insane for the fans if we had Def Leppard and Poison, and then if Motley Crue would pull it back together, that would be incredible. It's only a rumor right now," he added with a smile. "but I'm thinking this week--early--we may be mentioning something. It'll be incredible." Watch the interview below.

True to his word, Poison is indeed ready to make a big announcement. The band has posted a countdown clock on their official website, but counting down to what? The obvious speculation is that's when the tour announcement will be made. If that's the case, we'll know what's up this Wednesday, December 4. See the countdown clock here.