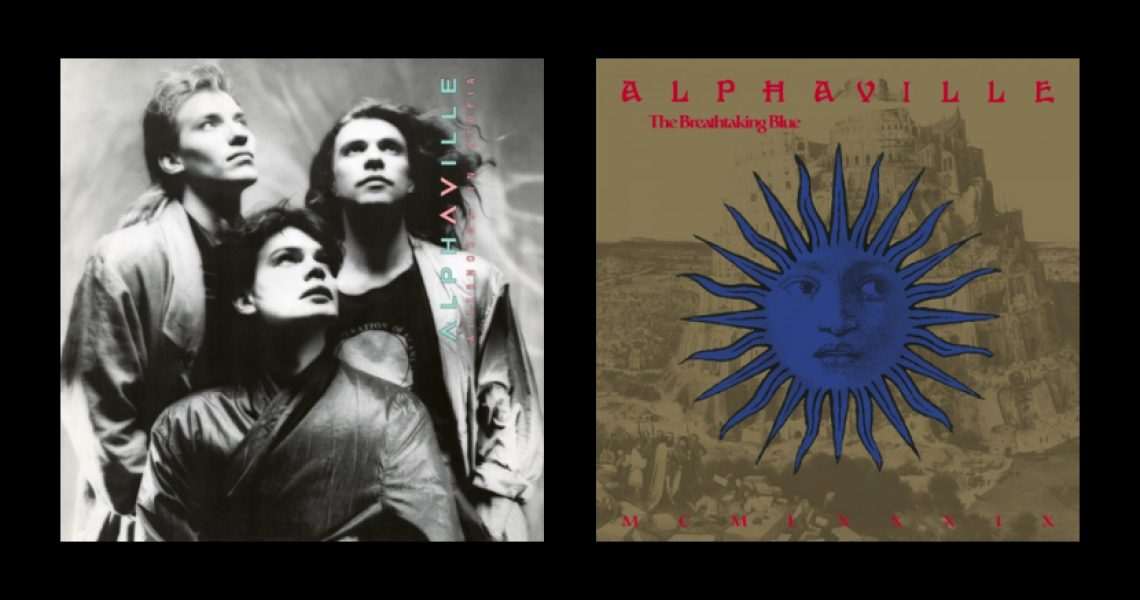 Remember Alphaville? The German New Wave group who dazzled Europe with singles like "Big in Japan" and "Forever Young" are giving fans a chance to check out their other '80s material in an in-depth way, with expanded reissues of two albums coming out this spring.

On May 7, the band will reissue Afternoons in Utopia (1986) and The Breathtaking Blue (1989) with rare bonus material. While these albums are mostly known to fans in the band's native country, tracks like "Dance with Me" (a hit on the U.S. dance charts) and "Jerusalem" demonstrated their synthpop mastery on Afternoons in Utopia, while The Breathtaking Blue brought more experimental sounds to the fore on tracks like "Romeos" and "Mysteries of Love."

Each newly-remastered album comes with an extra CD of B-sides, remixes and rare demos. The Breathtaking Blue will also feature an extra special treat with the CD or vinyl sets: a restored DVD of Songlines, the band's ambitious video project to accompany the album. Originally included as a CD+G feature (a type of graphics-enhanced disc often found in karaoke machines), Songlines included unique short films for each song from a team of directors representing nine different countries. The clip for "Middle of the Riddle" was later released as the short Balance, which won an Oscar for Best Animated Short. For this DVD, each clip has been remastered from the original 35 millimeter film elements.