Take Me There: Madonna's Prince-ly Connection 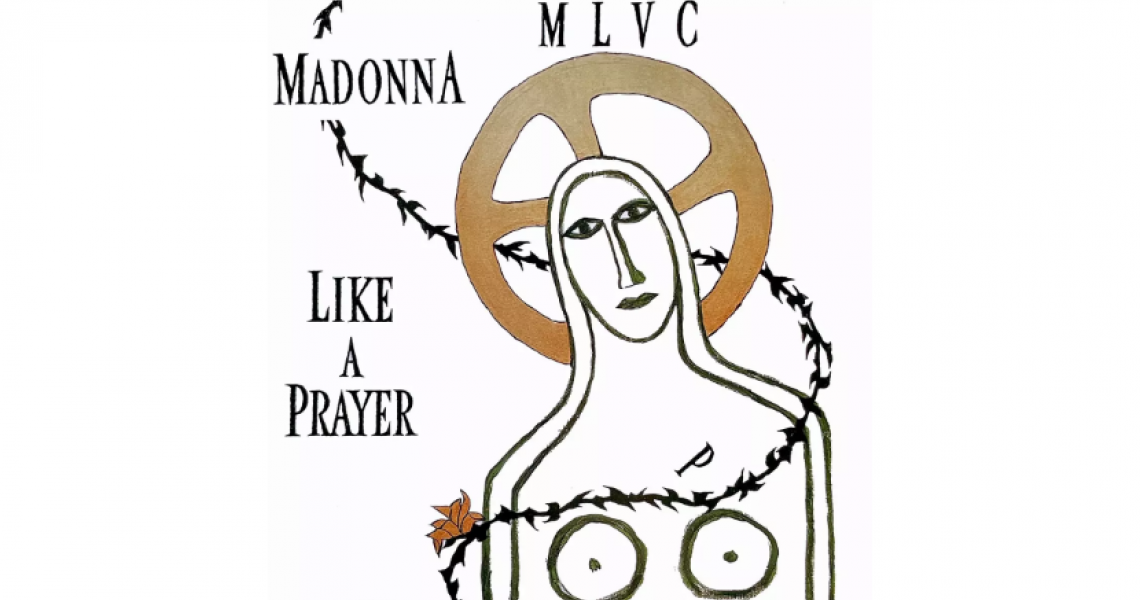 Madonna and Prince were arguably two of the biggest pop icons of the '80s and beyond - but did you know they collaborated together?

Surely you did if you're one of the millions who own 1989's Like a Prayer, Madonna's fourth album. The album's first side features "Love Song," an underrated collaboration between the two set to a bump-n-grind groove as only Prince could produce. But...that's not the only place he could be heard on the album. Closing track "Act of Contrition" was credited to "the powers that be" and featured Madonna singing prayers over a raucous backward guitar track and chorus.

If you play that track backwards, putting the chorus and guitar forwards, you'll realize the choir is taken from the chart-topping title track. But that guitar sure sounds familiar, even though it doesn't appear on the album elsewhere...right? Well, if you bought "Like a Prayer" when was released as a single, that same guitar track appears on both the single mix and a 12" extended version. The six-string tone sure sounds like the same genius who gave us Purple Rain...could this be "the powers that be"?

There's one more hint for you pop detectives out there: a promo single of "Like a Prayer" featured additional remixes, and the "Dub Beats" version featured not only the guitar but a slowed-down voice grunting "That skinny motherf---er with the high voice." Prince devotees might recognize that as a sample of the track "Bob George," from The Artist's legendary, then-unreleased (but oft-bootlegged) Black Album.

Judge for yourself, but we think Madonna (and Prince) were hiding in plain sight. And the best part? Thirty-two years to the week after the single was released, the Queen of Pop has made all those remixes digitally available for the first time. Give it a spin and say "Amen."