September 1986: Paul Simon and Chevy Chase Groove to "You Can Call Me Al" 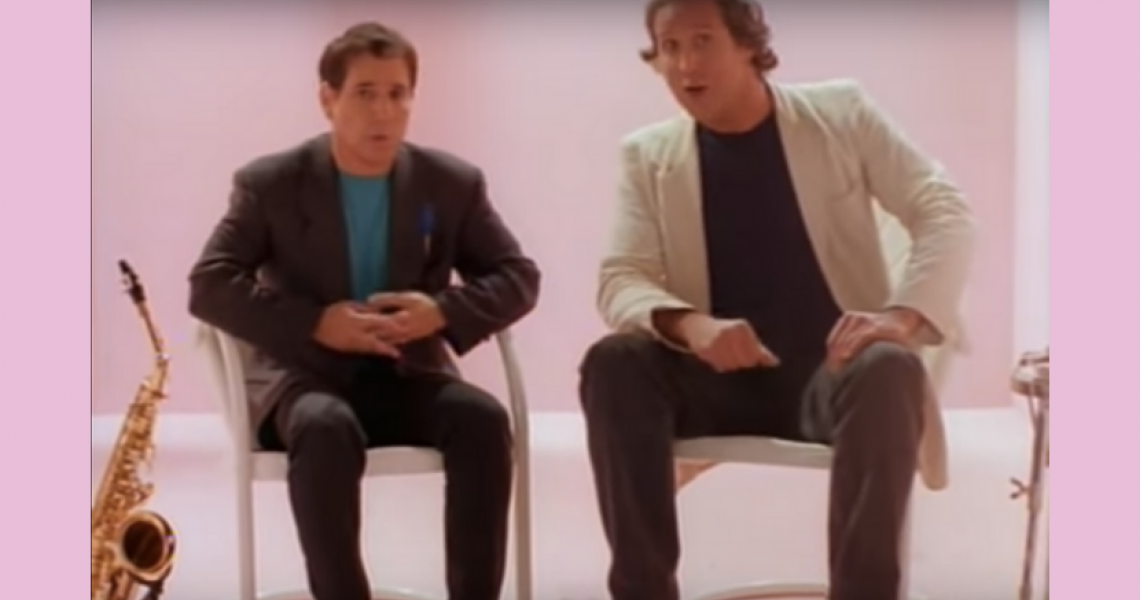 Paul Simon famously wrote "You Can Call Me Al," the bouncy lead single off his acclaimed 1986 release Graceland, after he and his then-wife Peggy Harper were misnamed at a party. But there was no mistaking Simon for the co-star in the track's famous music video: friend, comedian and much taller entertainer Chevy Chase.

Of course, anyone wondering how the two ended up in a video together wasn't paying attention to their interactions over the past decade. Simon was a popular guest on Saturday Night Live (which made Chase a star) throughout its more than four-decade run; he became the first person to host and perform on the show on the series' second episode, and joined the infamous "Five-Timers Club" in the spring of 1986. In fact, it was there, on stage at NBC's Studio 8H, that he had his first run at a video for "You Can Call Me Al" - but he didn't love the way it turned out.

So, with the help of showrunner Lorne Michaels, Simon put together a new clip featuring one of the series' original stars: Chevy Chase, fresh off of shooting the cult classic Three Amigos! with Steve Martin and Martin Short. A man of some musical accomplishments - he'd drummed in a few bands in college, including one with Walter Becker and Donald Fagen of Steely Dan - Chase made for a great foil in the video, lip-syncing to Simon's vocal, mugging for the camera and trading dance moves with the singer as he played various instruments.

The video helped the song reach No. 23 on the Billboard Hot 100 for the week ending May 23, 1987. (In the top spot that week, U2's "With or Without You.") Simon and Chase continued to collaborate, too: Chase (and Steve Martin) cameoed in the video for "Proof," and Chase appeared on stage (dancing to "You Can Call Me Al," naturally) during Simon's 1991 concert in Central Park.

More recently, the video got a spot of attention when Supernatural star Jensen Ackles and his wife Danneel decided to make the most of lockdown by recreating the video shot-for-shot. To which we say, "Amen and Hallelujah!"