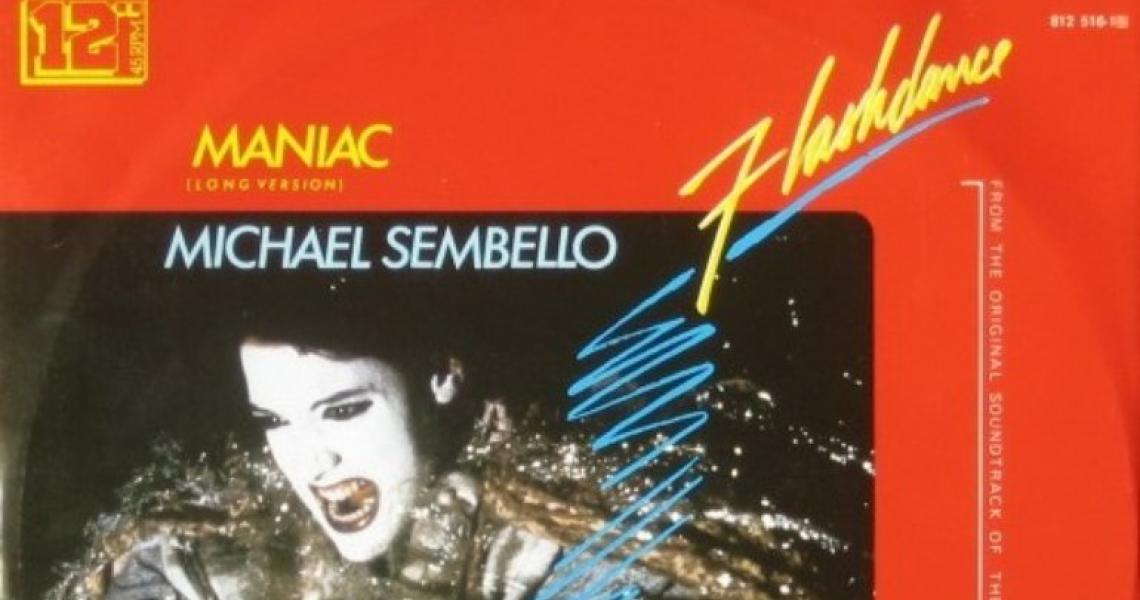 Released in April 1983, the movie Flashdance was a box office sensation, packing cinemas across the country for the visually arresting film about a young dancer (played by Jennifer Beals) who spends her days working as a welder in the rough and tumble world of early '80s Pittsburgh. While critics savaged Flashdance, the movie exploded around the world, becoming a cultural phenomenon and generating millions in revenue.

Helping drive the movie at the box office was an equally popular blockbuster soundtrack album, packed with hit records. Among them: Michael Sembello's "Maniac." Produced by Phil Ramone, who served as the film's music supervisor, "Maniac" was a frantic pop tune with a heavy new wave edge, perfect for the high-energy early '80s.

Sembello's songwriting partner, Dennis Matkosky, was inspired one night while watching 1980 horror movie, Maniac: "He came up with the original kernel of inspiration and the basic idea and groove," Sembello told Songfacts. "I believe the temporary lyrics for the chorus he had were: 'He's a maniac, maniac that's for sure/He will kill your cat and nail him to the door.' That direction obviously wasn't going to work, at which point the genius of Phil Ramone, producer of the soundtrack who had the vision to see the potential of the song, asked us to change it to the present concept of a girl possessed with the passion of a gift for dance. Without Phil, it would not have happened."

Released as a single on June 5, 1983, "Maniac" danced up the charts to peak at #1 on the Hot 100 for the week of September 10, 1983, holding the top spot for two weeks straight. It would be toppled in early October by another Phil Ramone production: Billy Joel's "Tell Her About It."

FUN FACT: "Maniac" was nominated for Best Original Song at the Academy Awards in 1984. The award went to another track from the same album: Irene Cara's "Flashdance...What a Feeling."