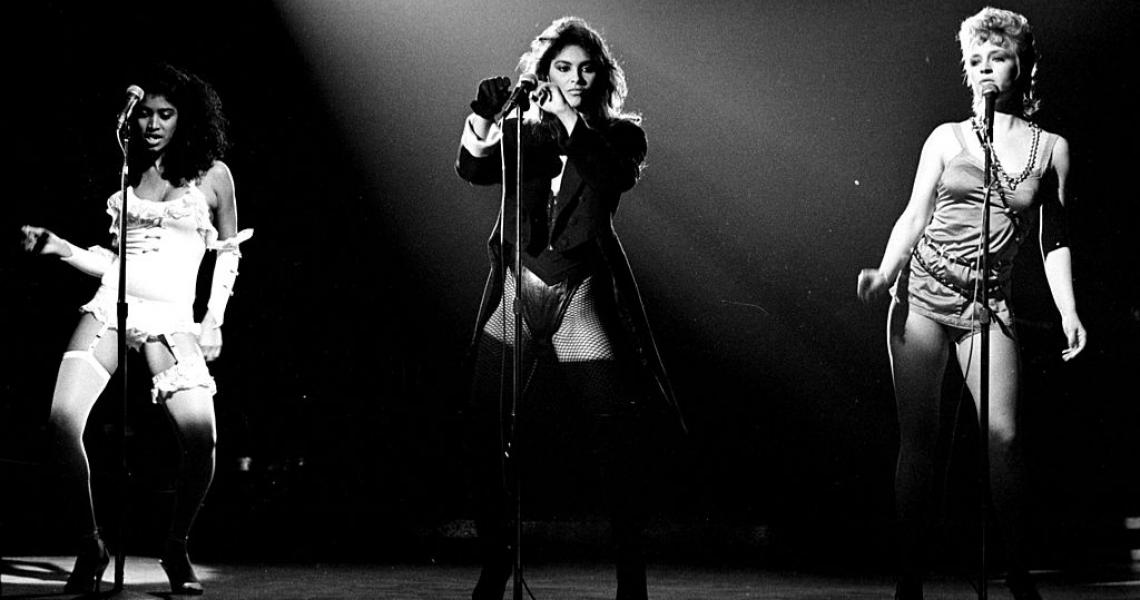 By 1982, Prince wasn't content to shock audiences with his own out-there rock and soul - and he started spreading some of that magic for other artists to enjoy. The Minneapolis wunderkind had already written and produced two albums for funk combo The Time, but September of '82 found him giving one of his bawdiest songs to a girl group to see if it could find a home on the charts.

Such was the story of Vanity 6, a female trio Prince assembled with then-girlfriend Denise Matthews, ex-girlfriend Susan Moonsie and Brenda Barrett. Prince initially sought to name the group The Hookers, but settled for the slightly less-risque Vanity 6 (the number representing how many breasts the trio had); "Vanity" became Matthews' nickname after she rejected Prince's original idea: the scientific name for the female anatomy.

Vanity 6's sole, self-titled album, which Prince wrote and produced under the alias "Jamie Starr," turned out to be a big hit. Lead single "Nasty Girl" became a Top 10 R&B hit and topped Billboard's dance charts for the whole month of November 1982. (Its replacement for two weeks afterward: the title track to Prince's 1999.) Vanity 6 became a presence on Prince's infamous "Triple Threat" tour, opening alongside The Time - but in 1983, Vanity suddenly exited Prince's orbit and was replaced by actress Apollonia Kotero. The newly-christened Apollonia 6 appeared in Prince's blockbuster Purple Rain and had their own minor hit in "Sex Shooter" before breaking up.

As for Vanity, she became a born-again Christian in the '90s after an overdose and largely left the entertainment business. She died of kidney failure in 2016, just months before Prince's passing.