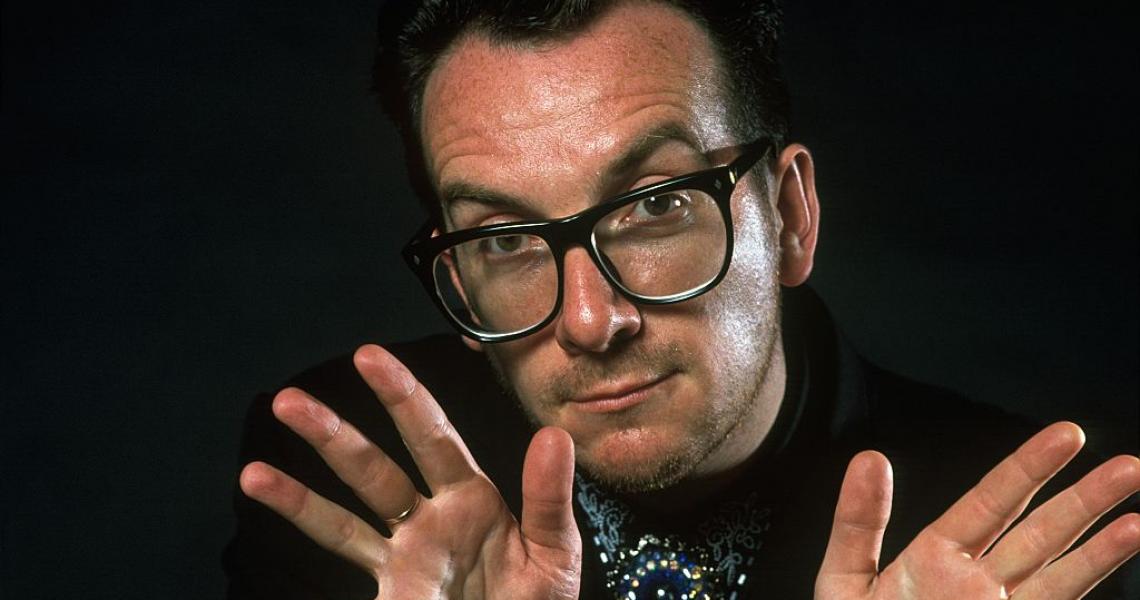 As solid a seller as he was for more than a decade, seeing Elvis Costello in the Top 40 of a America's singles chart in 1989 was kind of a surprise - unless, of course, you consider the magical circumstances that made a song like "Veronica" popular.

Released in the winter of 1989 off Costello's 12th album Spike - his first to be credited to solely himself since debut My Aim is True, both of which did not feature his stalwart backing band The Attractions - "Veronica" deals with subject matter you don't typically expect to hear on the radio: the tragedy of old age, as represented by the song's heroine struggling with memory loss. Costello based the lyrics off his own memories of his paternal grandmother, whose confirmation name supplied the song with a title.

Costello had already written part of the lyrics when he received a surprising call: Paul McCartney wanted to write songs with him. "I didn't know what to expect," Elvis wrote in his memoir Unfaithful Music and Disappearing Ink. "As his last co-written hit had been with Michael Jackson, I wondered whether I should be taking some dancing lessons." As it turned out, Costello's ear for melodies and penchant for impactful lyrical phrasing was just what the former Beatle wanted; it's not hard to imagine more than a little John Lennon in Costello's occasionally poison pen.

And the match-up of McCartney and the man born Declan Patrick MacManus was, in some ways, as productive as Lennon-McCartney had been some two decades before. The duo penned more than a dozen songs, which ended up on multiple albums by both men through the '80s and '90s. Four appeared on McCartney's 1989 album Flowers in the Dirt, including "My Brave Face," which brought Paul back to the U.S. Top 40 after a three-year absence. But "Veronica," featuring McCartney's recognizable backing vocals (and the sound of his Hofner bass, which he'd hardly played since The Beatles broke up) was the runaway hit, reaching No. 19 on the Billboard Hot 100 - still Costello's highest-charting single.

Of course, Costello acknowledges success as a fickle thing, and admitted to going to extreme lengths to reclaim the song from the mainstream. "Recently I did this show with Steve [Nieve, The Attractions' keyboardist], and I changed the key and the whole song changed completely," the singer told NME in 1996. "Suddenly I didn't have to think about the record. It went back to why I wrote it, how I wrote it about my grandmother and it really meant something to me, and I kind of regained it. I'd got my song back from the evil success that it had had."