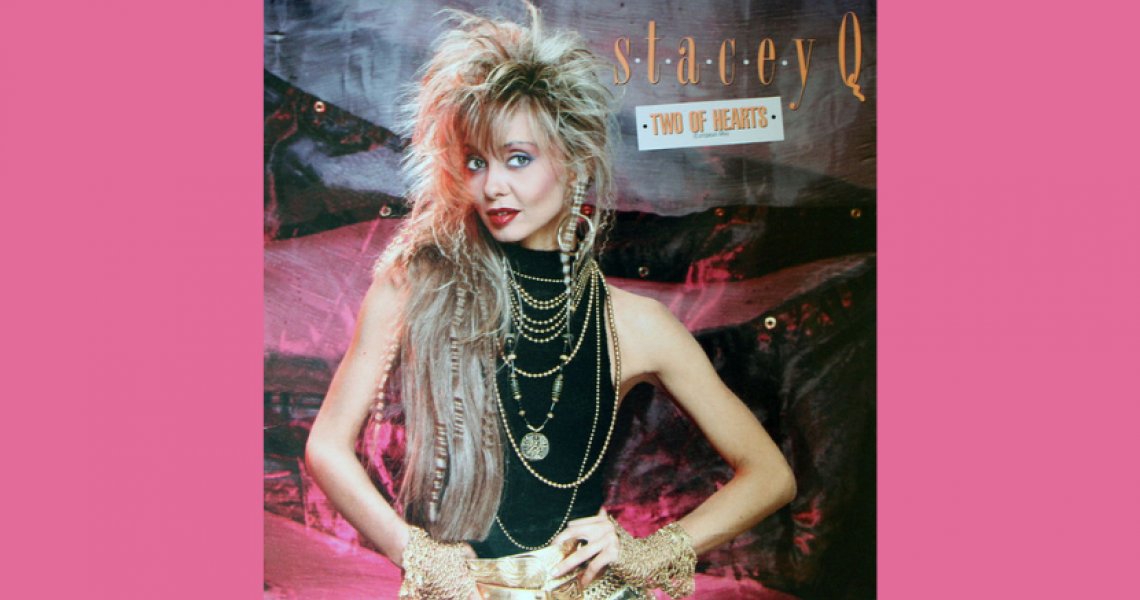 The singer born Stacey Swain emerged from humble beginnings to become one of the year's top pop acts. A classically trained dancer with an iconic fashion sense, Stacey spent her teen and early adult years performing everywhere from parades at Disneyland to the Ringling Brothers and Barnum & Bailey Circus. In 1981 she joined forces with songwriter/producer Jon St. James in a synthpop outfit that released music under the names Q and later SSQ.

As the project reorganized around Stacey, St. James started getting into the Hi-NRG dance sounds of local Los Angeles clubs. He became enamored of a song he'd heard by a singer named Sue Gatlin: "Two of Hearts." Stacey needed convincing to record a cover. "I told Jon I'd rather jump from the studio balcony than sing someone else's song," she later said in an interview. "The less said the better. Jon just said to trust him, but he had to pretty much make me sing it."

It of course paid off: "Two of Hearts" became Stacey Q's signature song, notable for that iconic vocal sample throughout the song (which wasn't present in Gatlin's original). She even got to perform the track during an appearance on The Facts of Life, in an episode notable for being the last to feature future Hollywood heartthrob George Clooney.

While subsequent single "We Connect" was only a modest Top 40 hit, Stacey put two more singles at No. 1 on Billboard's dance chart - and after a hiatus that included several years studying Buddhism in Nepal, Stacey's still making music. Her latest work was a reunion with St. James as SSQ on the album Jet Town Je t’aime, released in 2020.