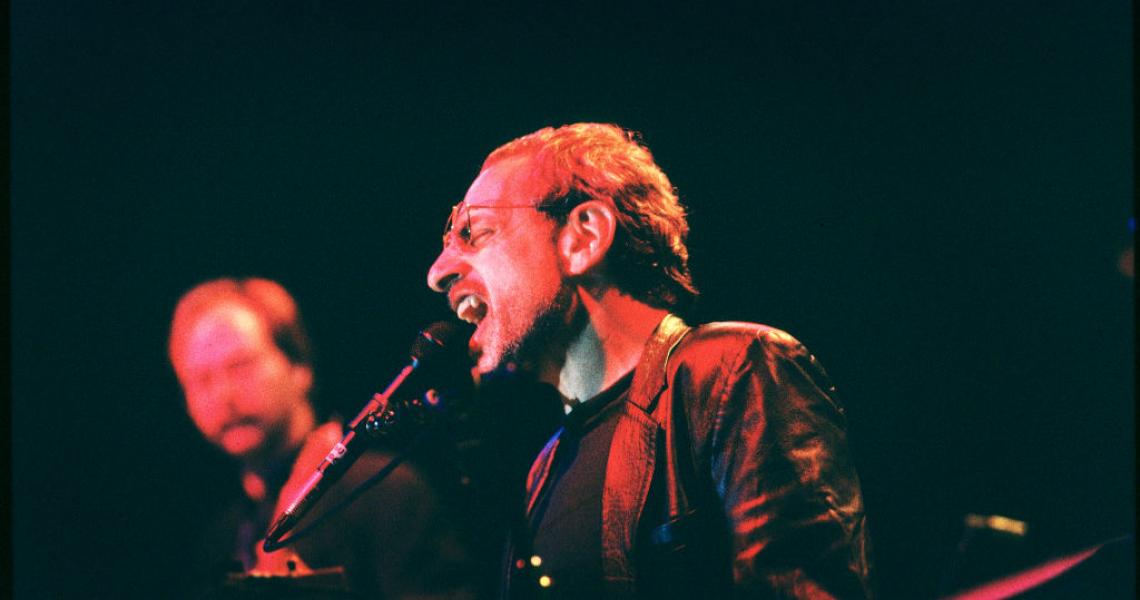 "Like a Sunday in T.J./That it's cheap but it's not free," Fagen croaks towards the end of the track. "That I'm not what I used to be/And that love's not a game for three."

On November 21, 1980, more than three years after the release of the multi-platinum Aja, Steely Dan had returned with a new album that reflected a new mood while the world stumbled into a new decade. As the sins and excess of the '70s came to roost, survivors like Fagen and Walter Becker of Steely Dan were still fighting the good fight. From the sound of Gaucho, however, it was something of a losing battle.

The duo's notorious pursuit of perfection had rendered the Gaucho sessions into a tense and monotonous grind. Session players were tasked into playing parts over and over for hours, only to find Fagen and Becker still unsatisfied with their work. It was enough for the men to give recording engineer Roger Nichols $150,000 in 1978 to build them a drum machine. They named it Wendel.

Personal problems would also plague the band, Becker in particular. In January 1980, his girlfriend Karen Stanley died from a drug overdose in his NYC apartment. Stanley's parents sued him for introducing their daughter to hard drugs and lost. A month later, the guitarist was struck by a taxi in Central Park, resulting in multiple leg fractures and landing him in a wheelchair while finishing work on Gaucho.

Ultimately, the drama paid off. The deceptively upbeat lead single, "Hey Nineteen"--another song dealing with an aging man trying to navigate a relationship with a woman decades his junior--would peak at #10 on the Hot 100.

Gaucho would reach as high as the appropriate #19 on the Billboard 200 album chart, and go on to win the 1981 Grammy for Best Non-Classical Engineered Recording.

As for "Wendel"? In typical Steely Dan fashion, when Gaucho would go on to earn Platinum certification, they presented the drum machine with its own plaque.