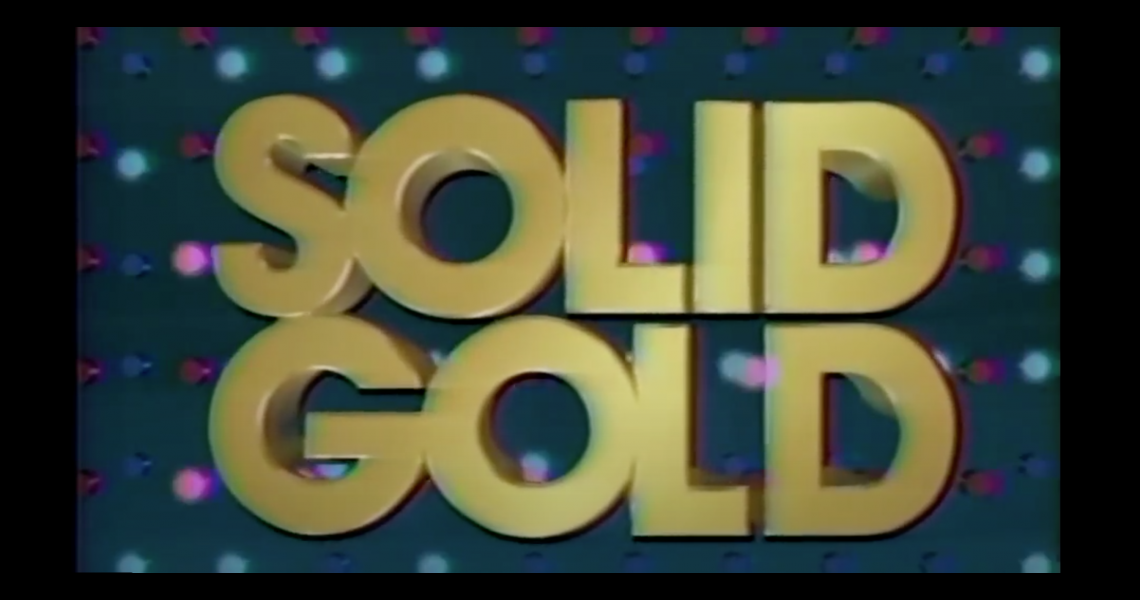 This week on Totally 80's Podcast, creator of "Network 77" Rachel Lichtman joins host Lyndsey Parker and the other John Hughes to talk about music television shows of the 80's that weren't MTV. Tune in below as the trio reminisce on the days of "Solid Gold," "The Midnight Special," "MV3" and "Fridays."

HUGHES: "Well, you had network television was like your one bastion of getting to see some of your artists. You had the last days of "Don Kirshner's Rock Concert," which was syndicated and on "NBC," you had "The Midnight Special" still and it was like, you know, a big deal when someone like David Bowie would be on because he was so mysterious. You never got to like really see him on a regular basis, except on an album cover that you would stare at for hours as the record spun. So these are shows were, you know, at the time I was eight years old, I would sneak up to watch them on a little black and white TV in my bedroom, and I wasn't allowed to be up that late, but that didn't stop me.

You had "SNL" and "Fridays." "Fridays" was such a touchstone for me. For people that don't know "Fridays," it was ABC's answer to "Saturday Night Live" except that it was on Friday! [Laughs]. And they would have little edgier musical guests. They would have  the new wave punk guests, like they had The Clash, the Pretenders, there was some crossover. Devo did both shows, but boy, "Fridays" was my jam. And you know, this was all right before 1981 when MTV changed everything.

LICHTMAN: "There were so many. Well, also you mentioned "The Midnight Special," but then Dick Ebersol produced "Friday Night Videos" as well, [that] was another one and was on an NBC. There were a lot of things popping up at that time because after MTV debuted, not everybody had the cable. So, you know, they came up with stuff that they could quickly replace. And there was this weird transition between obviously "Solid Gold," which we'll get to, but it was also the dance shows as well because "Soul Train" and "American Bandstand".

ON WHAT PREDATED MUSIC TV SHOWS:

LICHTMAN: "And so anyway, you had a lot of regional stuff and you had syndicated stuff that had already been established and there was this real transition once MTV came in. Because everything was kind of based on radio airplay in a weird way. It was charts. It was like countdown based entertainment, you know? And then they started to try and figure out how to incorporate more videos into the programming. And then that started to almost weirdly wagged the dog, in terms of record sales. Would that be correct?

HUGHES: "I mean, you had those stories, which, you know, I don't think they're apocryphal, I think they're actually true, of kids going to the local Camelot Music in Iowa and asking for a Duran Duran record and the clerk's going, 'What? Huh? What's this?' and the radio stations having to play catch up for sure.

PARKER: "It's a big story that my mother loves to tell. In the 1950s, she is a 14 year old living in Boston. She and her friend were allowed to take a train to Philadelphia - er, actually, they took a bus cause she said it was a nine hour journey. So it must have been a bus and they got to dance for two days on "American Band Stand." To this day, and she's in her 70's now, says it was one of the best moments of her entire life. She remembers, you know, what she wore, She remembers how excited she was, and she used to talk about that. And I'm like, 'Yeah, okay. I did my own 80's and 90's versions of that. So 'American Bandstand' was huge for kids from the 50's through the 80's at least, maybe into the 90's. There was also 'Soul Train.' There were a lot of regional shows..."